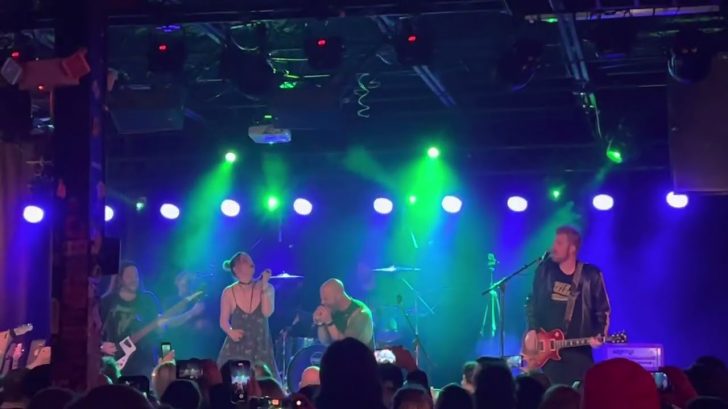 Lzzy Hale, Joe Hottinger, and Chris Daughtry of Halestorm joined an Alice in Chains tribute band on stage earlier this week in Nashville, Tennessee, to perform a few of the Seattle rockers’ songs, including “Man in the Box” and “Rain When I Die.”

The latest “Grunge Night,” which featured the band Into the Flood on January 10, was held in Nashville’s The Basement East and has been going on for a while. Hale and Daughtry sang Alice’s big Facelift hit “Man in the Box,” having only before collaborated on a studio version of Journey’s “Separate Ways,” and Hale and Hottinger sang another AIC song, “Rain When I Die,” from their well-known 1992 album Dirt, throughout the evening.

Watch both performances below.

“Funny thing is the dress I wore is something I actually DID wear in the nineties as a teen in middle school… but I digress,” Hale wrote about the event in an Instagram post.

“This was truly a gathering of some of the best musicians in Nashville, all having fun paying homage to the rock idols we grew up listening to. We had far too much fun! Love my Nash crew! And also thank you to all the die hard freaks and fam that came out to party with us! We ended up at Lakeside Bar… and I got to meet and embrace so many of you!! Thank you for all of your stories, dirty secrets and beers shared!”