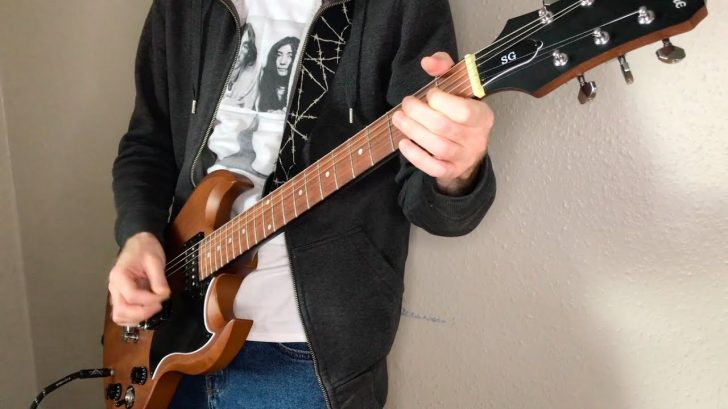 No song can match the sheer volume and chaos of Paul’s ‘Helter Skelter.’ From the sizzling opening guitar riff (the best part of the song) to screaming bass and screaming vocals.

But what if the opening guitar riff just kept on going until the end of the song? What would the song sound like? Well, the YouTube guitarist has an answer in the video below: HARD-ROCK MADNESS!

In the double record, commonly known as The White Album (1968), the Beatles left everything on the table. Paul McCartney had “Ob-La-Di, Ob-La-Da” and several other examples of what John Lennon called “grandmother’s music.” Paul (“Blackbird”) and John (“Julia) sang beautiful, peaceful ballads.

But Helter Skelter was considered one of the first examples of hard rock and metal in a visceral way. Its original name was “Heather Leather.” It had an unwanted repercussion when Charles Manson declared that he had been inspired by her to plan the murders of Sharon Tate, wife of Roman Polanski, and her guests.