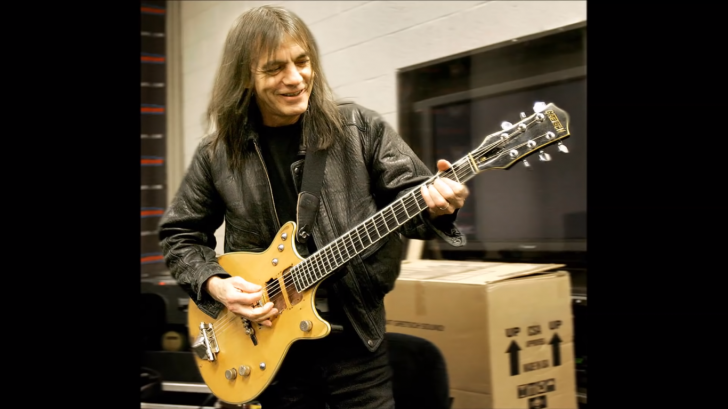 Malcolm Young’s musical concerns were undoubtedly stimulated by the success of his older brother, George, who was part of the Easybeats, an Australian Beatle-style band, formed in 1964 and dissolved in 1969.

Two events combined for Malcolm dared to venture into music: the fame his brother’s group enjoyed (achieved thanks to the single “Friday on my Mind”), and a gift with which his mother hoped that he could channel the troubled temperament that he displayed at school: an acoustic guitar. (This later went to Angus). Using George’s recommendations, he quickly switched to electric guitar. The next — and predictable — step was to drop out of school to get a job and thus be able to invest in better instruments.

This is how the dream that would materialize with the emergence of AC/DC began to take shape.

Malcolm Young always enjoyed his solitude. Almost from the beginning, he was a kind of lone wolf. Malcolm needed his space and privacy. When it was broken it could slide into frustration and irritation.

However, Malcolm Young could also be charming. He loved to show his wit and his knowledge. Malcolm Young’s perpetual challenge was not to isolate himself from the love of others and to allow others to experience his true joy in friendship.

Malcolm was renowned for creating powerful riffs and his intuitive sense of rhythm guitar playing, as an absolute fan of his idol, John Lennon. And he endured worse than bad the charismatic figure and technique of his brother, Angus, within AC / DC.

Malcolm never stopped listening to Chuck Berry’s records and, also, Buddy Holly’s. He even thought that he hadn’t lost his ability to play his guitar, a Gretsch, even if it was unplugged.

Patient as he was toward his goals, Malcolm’s temper never lost its nature, a kind of rampant anger that jeopardized his relationships with the very people who helped him achieve those same purposes.

Malcolm knew what he wanted to achieve. He always took to the world stage to give his best in every show, in every wonderful open chord of his guitar.

Trying to measure the legacy of a musician of this stature is always difficult. It is enough to highlight the vision with which he projected AC/DC, the charisma and tenacity with which he handled the reins of the group, and the ability to see in his brother the potential to transform himself into an immortal guitar hero. Not many have the greatness to take a secondary role with mettle to make others shine.

From the bottom of every AC/DC fan’s hearts, all rockers salute the great Malcolm Young, who wielding his Gretsch made us vibrate with powerful riffs and timeless songs.