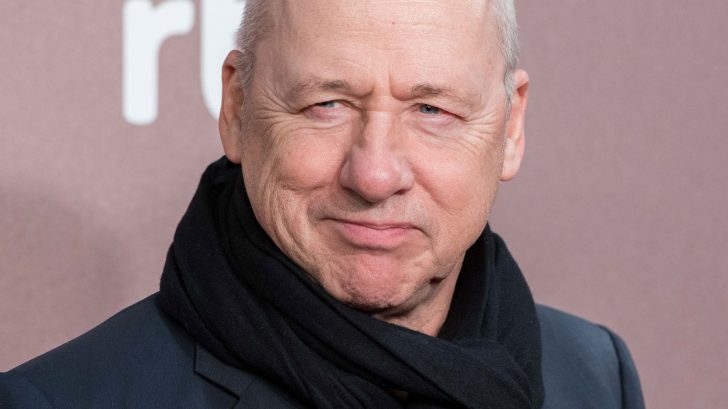 “It’s As Simple As That,” Says Bassist John Illsley

It was announced late last month that Dire Straits will perform at this weekend’s Rock and Roll Hall of Fame induction ceremony as planned, but one face you won’t see in attendance as the Dire Straits accept their induction is Mark Knopfler.

Keyboardist Alan Clark took to his official website to break the news in an indirect sort of way, saying:

“There’s a lot of conjecture on forums about whether the band is performing at the Hall of Fame, and if not why not, and who in the band are going to the ceremony. Well, here it is and it’s official: Myself, Guy Fletcher and John Illsley will attend the ceremony where we’ll be be performing an unplugged version of “Telegraph Road,” with me on harmonium, Guy on ukulele, John on banjo, and the vocal sung by Stevie Wonder.“

We now know that Clark’s statement was the keyboardist “having a bit of fun” and that Dire Straits will not be performing at Saturday night’s induction ceremony. We also know, thanks to bassist John Illsley, what Mark Knopfler’s official reason for not joining his former bandmates onstage actually is – and it’s pretty brilliant.

“He just didn’t feel like coming, it’s as simple as that,” says Illsley, who reveals that the idea of showing up at the induction ceremony “just didn’t appeal to him”.

“I appealed to him on several occasions. I said, ‘Look, I’d love you to get your head around this.’ He said, ‘Look, I just can’t do it, John. I’m really sorry. It’s a great honor for us and all the rest of it, and I just can’t get my head around it,’ so I’ve just got to respect it. He’s got his reasons, which he really doesn’t want to share with me which is unusual because we’ve shared most things over the years.”

In hindsight, it’s for the best that Dire Straits won’t be performing Saturday night, after all. Illsley reminds us that orchestrating the band’s first performance in decades would have been fairly complicated, just in terms of the number of musicians involved and deciding who should get to perform was something that Knopfler simply didn’t want to have to sort out. Additionally, Mark isn’t the only Knopfler refusing to attend; his brother David will also sit out the event, citing money as the biggest factor.

“When you look at the structure of the band over the last 40 years it’s been quite a mixed bag of musicians and people involved, and just trying to sort that out and make sense of it… (Knopfler) said, ‘Look, I just can’t deal with it. I don’t really want to deal with it.'”

While it’s disappointing that Mark won’t be there to celebrate Dire Straits’ big moment, it’s understandable why he’d choose to bow out and appreciate it from afar. We’re still pretty excited to see Dire Straits finally inducted into the Rock and Roll Hall of Fame, and if John Illsley has his way, it’ll still be every bit the magical moment for the band as fans are hoping for.