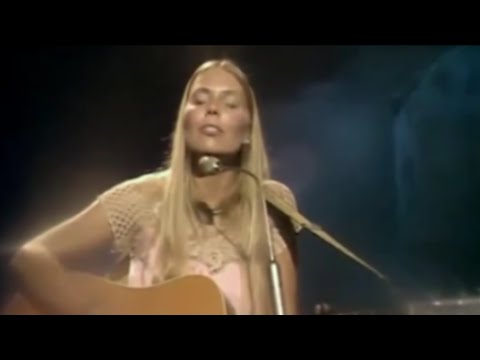 The great Joni Mitchell’s voice is one of the most expressive of the hippie movement era. The singer-songwriter, who gained notoriety in the 1960s as the flower-crowned empress of hippiedom, defied perceptions with her 1970 album Blue, which dispelled any lingering questions about her authority as a lyricist and musician.

Her final record with Reprise Records would be this one. She had a new contract with Asylum by 1972, and she put out For The Roses, her debut for the label. We dug around and found you a lovely isolated track of “Free Man In Paris” from that magnificent piece.

It’s generally believed that the free man in question is Asylum CEO, David Geffen. Mitchell illustrates the demands of the music world and how success, money, and stardom alter the individual in this track. Based on a dialogue with Geffen, the lyrics to ‘Free Man In Paris’ paint a vague picture of the business tycoon.

Despite the fact that the tune is about an affectionate dialogue between two close friends, ‘Free Man In Paris’ has global appeal. Geffen’s nostalgic look back on his youth conveys the feeling that as we get older, we lose our freedom. As status and wealth become more crucial, we remain unaware of what initially motivated us: a willingness for direct authority and liberty from worry. The ironic part of Geffen’s narrative is that he has overlooked how to feel “alive” in his quest for these factors.