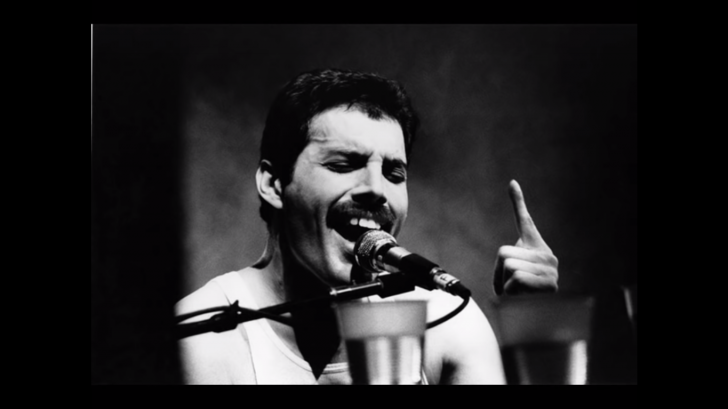 No One Can Stop Freddie Mercury!

It’s hard to disagree when people say that he was the best vocalist of all-time. Yes! He had an impressive vocal range, and that itself can attest to everything. But one of the main things that made him so darrnnnn good was his antics, and until today he is still one of the greatest performers the world has ever witnessed.

All of his mix flamboyance and rockstar persona set the tone and has influenced tons of hundreds of other bands all over the world and singers during his time and the following years, and even decades. You see, even he’s been dead for 28 years, he’s still a well-known legend. They even made a biopic film out of him and it was a huge success! His memory and influence is very much alive and will last forever.

Everyone who knows him says that he was an introvert and most time quiet when not on stage. He doesn’t speak much but when he does he spoke in a lower tone – well because he was actually insecure with his famously huge teeth.

But on stage? — He’s a BEAST! Every piece of him says “LEGENDARY!” He can control millions of people in his bare hand!

Of course, there many frontmen and women as well who are indeed incredible when performing.

But with Freddie, you can still listen to him singing without any instrumentals – his voice is more than enough to be the instruments. And there’s nothing like him.

Hands down Freddy Mercury is and was the best vocalist of all-time! Such a true legend who possessed such power, clarity, and ability to sing 4-5 octaves. He surely did bestow his life long affair with music to millions of people.

Don’t believe me? Keep going for the video below and be mesmerized with his Marvelous voice on this vocal only track: