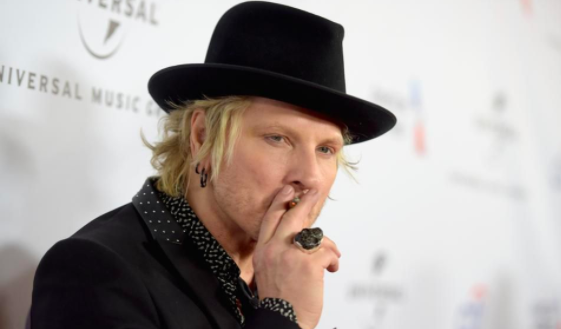 Matt Sorum, former Guns N’ Roses and Velvet Revolver drummer, recently unveiled a shocking revelation about his past on the 2 Hours with Matt Pinfield podcast.

Sorum confessed to being a former drug smuggler way before he became a famous rock star. He revealed that he used to strap pounds of cocaine powder around his waste and take it across borders.

The famous rock drummer recalls of his drug-smuggling past,

“Before I was in a rock band, I was a drug smuggler. I used to smuggle cocaine across borders. I’d fly on airplanes with two kilos strapped around my waist”

“Most of my deliveries were in Hawaii, because I had a big connection there. I thought about the title ‘Rock ‘N’ Roll Smuggler.’ Imagine the movie ‘Blow’, and then think about coming up in rock ‘n’ roll, before I got into bands that I was in. My way to pay my way was smuggling, and that’s what I did. A lot of the book, there’s probably going to be at least a chapter or two on my drug-dealing days.”

The book he is talking about is his autobiography that he is currently writing. It’s been a work in progress, and Sorum has claimed to have written an estimated “thousand pages” so far. He calls it “the juiciest of the juiciest of the GN’R books.”

Just from the snippet of this revelation, seems like we’re up for a juicy treat when Sorum’s book is published.