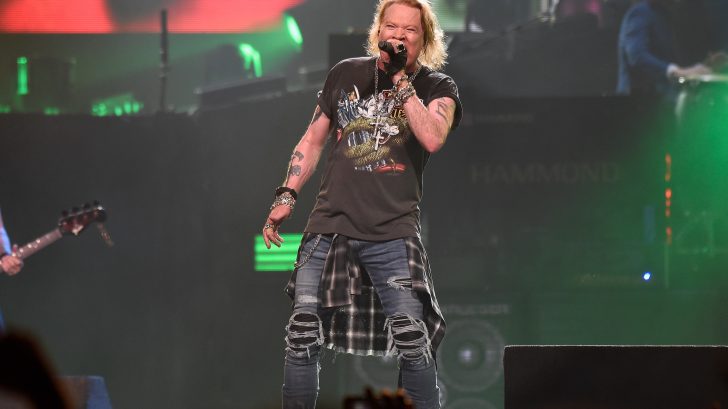 Former GNR drummer Matt Sorum revealed that Axl Rose was the only clean member in the band.

Matt Sorum becomes a world-famous drummer in Guns N’ Roses, Velvet Revolver and The Cult. Sorum drops out of school to become a drummer, but turns to selling marijuana to support himself, and later smuggling large amounts of cocaine. When Sorum gets a chance to play in The Cult, he finally manages to make a living as a drummer. The following year, Slash and Duff McKagan recruit Matt to join Guns N’ Roses, and with that, Matt’s life is transformed. When Axl Rose begins to appear in the recording studio more and more sporadically, sometimes not at all, Matt recounts in detail how he and the band stagger toward the downfall.

Talking with Rolling Stone, Matt Sorum that the only member of the band that was clean of drugs was Axl Rose. This story came out when he was asked that Izzy Stradlin’s departure was the main reason why the band only released one album for the past three decades.

“I can’t say. Obviously, when I came into the band, there were four original guys. After we went out and became so big, the machine kind of took over. Obviously, we all made decisions that weren’t completely clear in our minds based on alcohol and drugs. If anyone was clean, it was Axl. He was always accused of being a worse drug addict than he was. He was actually just trying to steer the ship.