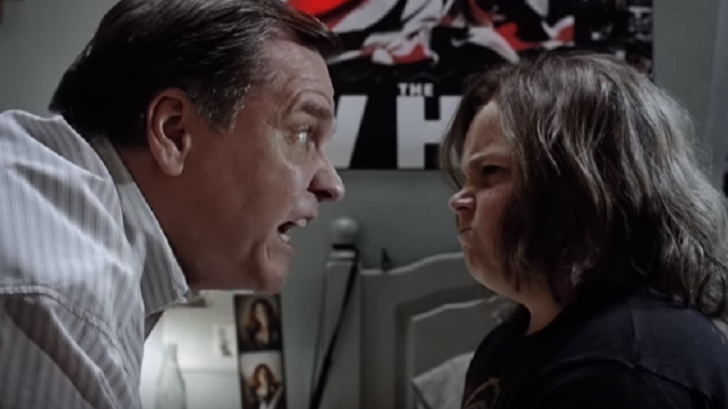 If you haven’t seen the 2006 film “Tenacious D in The Pick of Destiny,” you just missed half of your life. It’s a must-see for every rock ‘n roll fan especially because of the cameos of both Meat Loaf and Ronnie James Dio. This video is definitely one of the highlights of the movie and we can go on and on about why we like to put it on repeat.

First off, let’s talk about Meat Loaf and how his character is the absolute antithesis to the real him, the rockstar with several classic hits. If we’re used to hearing him belt out to some of his songs and bring the house down in the process, watching him nail down this role is just hands-down impressive. As Jack Black’s father in the film, he’s the kind of parent who warns their kids that rock ‘n roll is a way of praising the devil. And perhaps some of the funniest bits are the lines he sang,

“This music that you play for us comes from the depths of hell /
Rock and roll’s The Devil’s work, he wants you to rebel….

You gotta praise The Lord when you’re in my home!”

Second, can we take a moment to appreciate this kid who played Jack Black? He nailed it through and through!

“For five years, Jack Black has been saying he wanted me to play his father. In every interview he did he always [said], “I’m gonna make the movie ‘Tenacious D,’ and I want to make Meat Loaf play my father.” Every interview. And my daughters, Pearl and Amanda, they kept reading it and [would] call and say, “Jack said it again, Jack said it again.” I said, “When he calls me, I’ll tell him I’ll do it.” He did call. He called me himself.” – Meat Loaf

You can’t say NO to Jack Black though. He may be funny and all but he takes rock ‘n roll VERY seriously. And to be fair, he’s one insanely talented musician. And boy, him and Meat Loaf as father & son is a match made in rock heaven! We couldn’t ask for more.