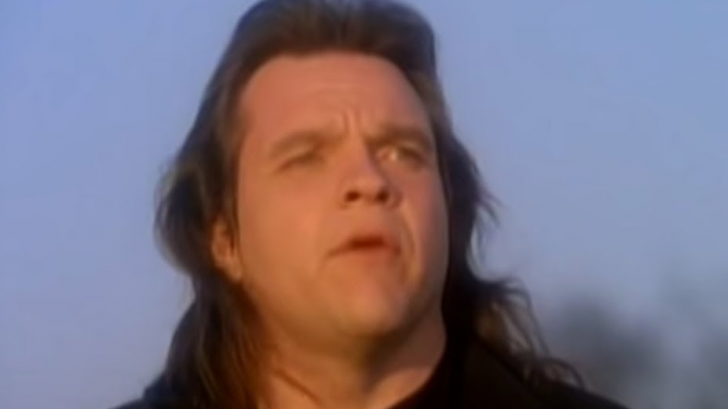 From crazy theatrical rock to power operatic ballads, Meat Loaf had one of the biggest and most distinctive voices in rock. We gather All the 10 Of The Most Iconic Hits From Meat Loaf’s Career:

‘Not A Dry Eye In The House’

The song was Meat Loaf’s most recent number-one success and was written by Diane Warren, who is also the author of many classic rock anthems, such as Aerosmith’s “I Don’t Want to Miss a Thing.” Jim Steinman orchestrated it, and the chorus and piano chords were really dramatic.

1995’s Welcome to the Neighborhood was Meat Loaf’s last big-selling album. All this is thanks to the momentum that Bat Out of Hell II: Back into Hell represented two years earlier. “I’d Lie for You (And That’s the Truth)” served as their first single, reaching number two in the UK charts.

Meat Loaf and Jim Steinman regrouped in 1993 to work on the follow-up to the first “Bat Out of Hell record,” continuing where they left off: full kitchen-sink production by Steinman and Meat Loaf’s three-octave range.

Paradise by the Dashboard Light

The faithful followers of Meat Loaf will know that the album Bat Out of Hell (which we will tell you about in detail in a dedicated article) is an unbeatable production since it launched Marvin Lee Aday directly to stardom. Precisely “Paradise By the Dashboard Light”, a duet song with Ellen Foley, is part of this album.

Two Out of Three Ain’t Bad

“Two Out Of Three Ain’t Bad” is another of the iconic songs of Meat Loaf’s career and also dates back to his debut album, Bat Out Of Hell. This song was the last one written for the album, but it was the song that opened the B-side of the album, and it was also written by his main collaborator, Jim Steinman.

Written by Jim Steinman, “I’d Do Anything For Love (But I Won’t Do That)” is one of the greatest and most famous Power Ballads in history. Only during its year of release (1993), the song was positioned at number one in the popularity charts of many countries and sold millions of copies despite its 12-minute duration; so much so, that it is one of the longest songs ever heard on the charts.

As you know, Meat Loaf also had an extensive career in film, specifically participating in musical or related-themed films. As an example we have Spice World, Tenacious D in the Pick of Destiny, Wayne’s World, among others. And the first movie musical with which he got a credit in his acting career was in the cult film: The Rocky Horror Picture Show.

Rock and Roll Dreams Come Through

Bat Out of Hell II: Back into Hell (1993) had a great reception despite the fact that it was released 16 years after the first part. “Rock and Roll Dreams Come Through” was chosen as one of their singles and upon its release it appeared in several Top 10 hits worldwide. Both its conception and its production were the task of his eternal collaborator, Jim Steinman.

It’s All Coming Back to Me Now

Meat Loaf was forced to cover a song by Steinman in 2006 because of how closely associated the two artists were in the public’s mind. Years prior, the singer had attempted to record the song, but Steinman had rejected it as a song for a lady and even succeeded in getting a court order to prevent Meat Loaf from making it public. As a result, Celine Dion’s 1996 release is the one that is most well-known, but Meat Loaf eventually had the chance to record it ten years later.

Bat Out of Hell

One of the big differences between Bat Out Of Hell (1977) and its second part, Bat Out of Hell II: Back into Hell (1993), is the power of the electric guitar riffs. This is easy to explain since the first album featured Todd Rundgren whose strums are screeching and energetic.