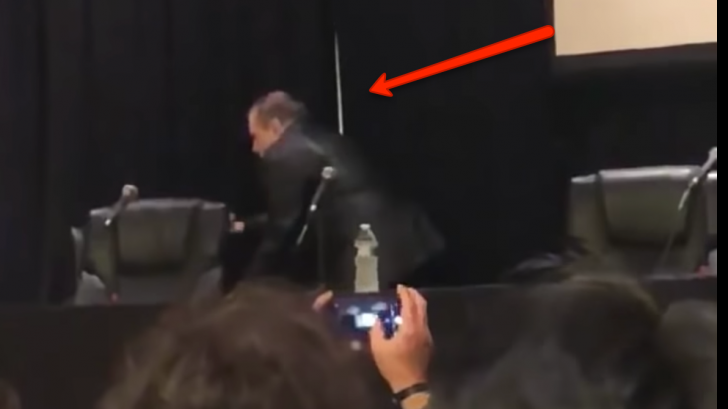 Unfortunate day for Meatloaf. The 71 year old rockstar was captured on film by an audience member, falling off stage breaking a collarbone during a Q&A session for the 2019 Texas Frightmare Weekend. It turns out the cause was due to “loose wires”. You can see in the video as he walks across stage, pauses, loses balance for a moment and falls to his right behind the curtains. Lots of concern emerge from the audience as it happens, as you can see event staff running across stage to his aid.

Thankfully he was able to be transported to a nearby hospital where he stayed over night and was treated. One thing that stood out among fans was he refused to turn over the mic without saying thank you to the people who showed up to the event.

Meatloaf is a songwriter, singer, record producer and actor and you might know him from his famous hit “I’d Do Anything For Love”.