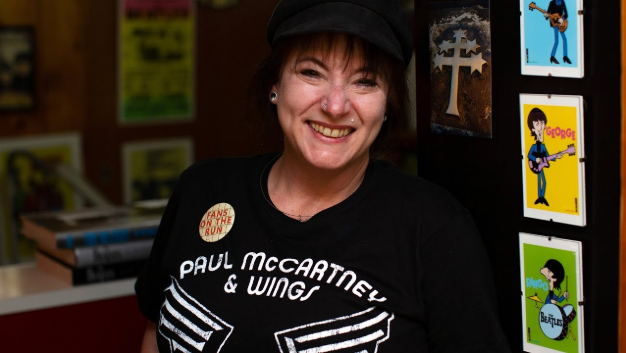 That’s Some Collection She Got There

Ginger Sedlarova, the super Beatles fan, collects almost 40 years of memorabilia about The Beatles, and it was revealed by CBC News of their official Youtube account.

Ginger Sedlarova shared her feeling after seeing Paul McCartney’s show in Vancouver, Canada. She was nine-years-old when she began collecting The Beatles Stuff for the first time and since then she has been a superfan.

Wouldn’t you call her a sweetheart, right?

On the other hand, when this news was revealed it was also Ringo Starr’s birthday, and The Beatles legend Paul McCartney posted a new photo of him with Ringo Starr on Instagram calling his former bandmate as the best drummer ever.

“Happy Birthday to the best drummer in the world. Have a great one @ringostarrmusic. Love, Paul.
#PaulMcCartney #RingoStarr”

Happy Birthday to the best drummer in the world. Have a great one @ringostarrmusic. Love, Paul. #PaulMcCartney #RingoStarr