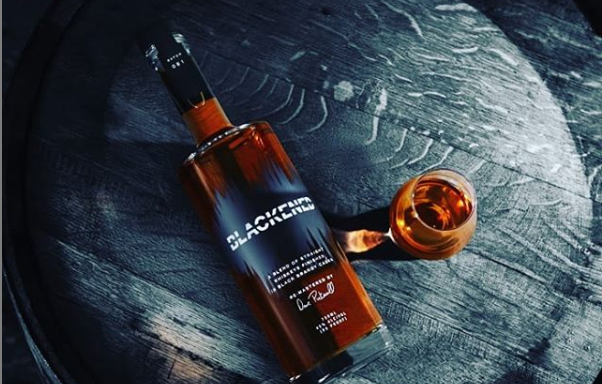 Metallica recently launched a new limited-edition of their Blackened whiskey. The new batch has a connection with music that was played during the aging process.

When the group had announced Blackened in early 2018, the band revealed that a “Metallica playlist blasts in the room where the black brandy casks are stored.”

According to a press release, the playlist for this Batch 100 was curated by master distiller blender Rob Dietrich, the first time someone outside the group’s circle has chosen the songs.

“When I look at Rob’s playlist, I love the selections, I love the variety,” drummer Lars Ulrich said. “I love that he’s gone for two deeper live tracks from the Damaged Justice tour, I love seeing both the Binge & Purge and Through the Never eras represented, and he even tapped the Helping Hands album, so it’s clear he is not a part-timer!”

Batch 100 is set to be sold in a box with two 12″ vinyl picture discs that contain the songs used in the process and the first edition of the Blackened zine. The Batch 100 is available for pre-order online.

9. “Nothing Else Matters” (Live acoustic)