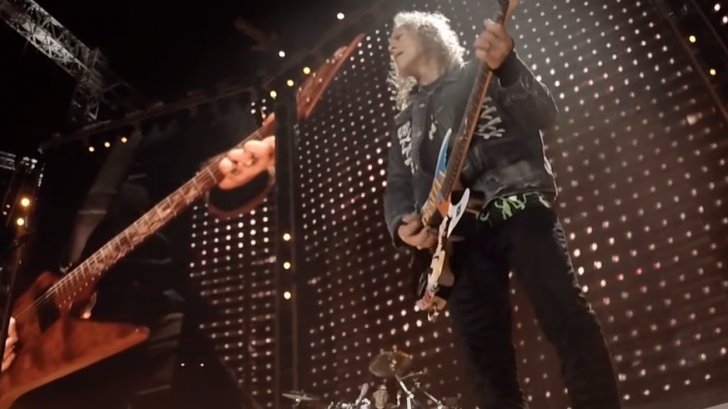 Metallica’s iconic instrumental tune “The Call of Ktulu” has inspired one fan to write lyrics and sing it over.

The Ride the Lightning record finale is recognized as one of metal’s all-time best instrumentals, demonstrating Metallica’s journey to more intricate and subtle music, which was later represented on Master of Puppets much more so than in its successor,…And Justice for All.

YouTuber Less, on his risky endeavor, put a huge amount of work and composed a piece of his own narrative for the lyrics (about 350 lines), which run throughout the roughly 10-minute track, including spoken word passages that accentuate its enormous grandeur. Less’ vocals clearly have elements of James Hetfield, but he did not actually try to be a copycat but instead straddles the edge between pure vocals and a rough, rougher thrash-typical attitude that works nicely.

The Written “Call of Ktulu” Lyrics

And I saw, I made the shape
Believe me, that Thing is going to wake

That Gods, they freeze my blood
and I’m mad, when I dream of them
I saw the manuscript
and I couldn’t fall asleep again
And I tried every night
But sickly was imagination mine

I read a story strange
of societies and secret cults
Dark voices from the past
and titanic walls of slimy stones
And that sound, mysterious
like a flap of monstrous wings

One man was crying at night
to be saved from a hellish Being
And then another one
jumped out of the window’s heights
There was fear, there was a scream
haunted groans of tormented lives

Go throughout the waves
where Cthulhu slipped
under the water rough, so go

There was a bang just like the stench
of thousands open graves, then go

Time never waits, the Force is awake
Only to lead us for a war
Ready to crush, destroy the land
with only a single punch

Its trace erases memories with the death
Blackness was spilled, mankind is gone
pushing in killing darkness

No, we’ll not survive, all stuck in fear
in face of dripping Babylon
But what if that Thing is only a lie?

The hideous stone city of R’lyeh, the monolithic fortress, hides the great Cthulhu and his horde in muddy tombs. People’s words cannot describe that Thing and an abyss of screams and insanity. Soon the Monster will grope its way through the black gates. And when I think about the size of all down there – I want to cease to exist.