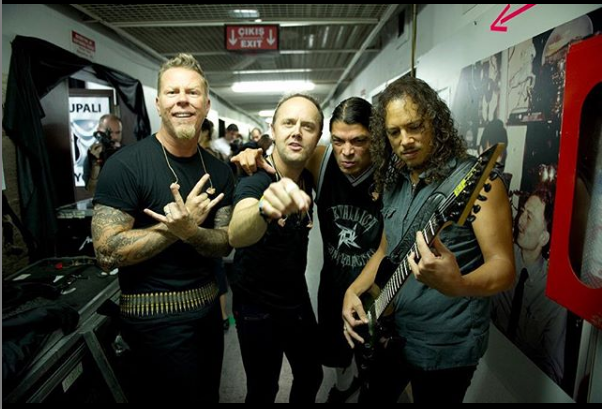 An exciting moment for every metal fan, Metallica just earned themselves a spot on the mainstream as one of the world’s Top 10 highest-earning artists of 2019, according to Forbes, peaking at No. 10.

According to Forbes‘, Metallica earned $68.5 million in 2019. Pollstar and Nielsen Music, two of the known entertainment industry publications seconded the findings. Metallica earned such amounts by touring and music income – which includes some other business endeavors.

Included on Forbes‘ 10 highest-earning artists of 2019 is Taylor Swift, who released her 2019 album Lover, Kanye West, with his expensive sneaker line, Ed Sheeran and more. One of the classic rockers included on the Forbe’s is the Eagles peaking at No. 4.

Metallica earned their place by a good amount of touring throughout the year, and despite they haven’t released a proper studio album since 2016, they still ranked high. One of their latest performance was in Europe, performing two nights of their symphonic S&M2 in San Francisco in September.

In related news, Metallica will be headlining at five of Danny Wimmer’s rock festivals in 2020 for two nights in 2020.