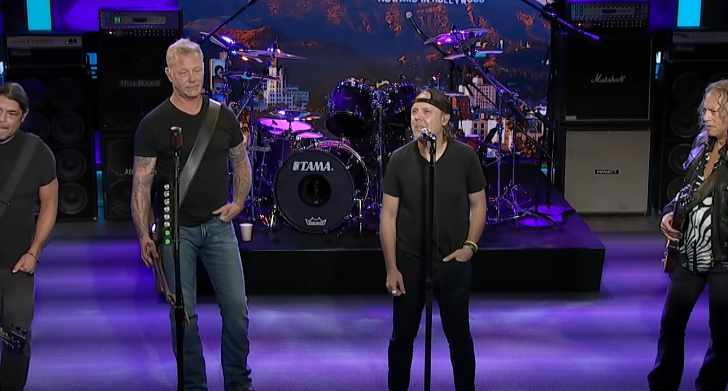 Attention all Metallica fans! The band sits on long tablecloths with the 30th anniversary of one of the most commercially successful albums of all time: “The Black Album”, which they celebrate with two iconic releases.

“The Black Album” will be re-released in a remastered version, in addition to accompanying it with a tribute album entitled “The Metallica Blacklist” that will feature the participation of more than 50 artists spanning an incredibly wide range of genres, generations, cultures, continents. and more.

More than a tribute album, The Metallica Blacklist will celebrate the influence of this musical milestone with one of Metallica’s most ambitious projects, as The Black Album still remains the best-selling album in the history of MRC Data (formerly Nielsen SoundScan and Nielsen Music Products), managing to outsell to all releases in all genres for the last 30 years.

Before performing Howard Stern asked them: “30 years since the black was put out, what song are you gonna to do to celebrate the album.”