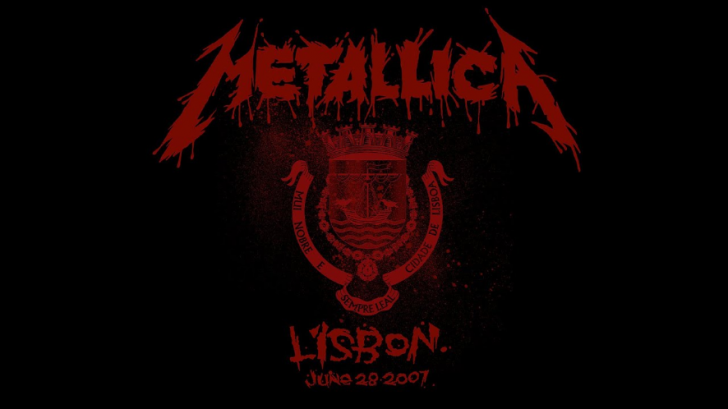 Metallica streamed a video of their 2007 concert in Lisbon, Portugal as the latest installment of their weekly online series, “Metallica Mondays.”

“Metallica Mondays gets Sick Of The Studio! Join us as we revisit the first stop of the aforementioned tour in Lisbon, Portugal on June 28, 2007,” says the band. “Taken from a pair of videotapes in the Metallica Vault that archived the screen feeds from this show.”

Metallica were captured at the city’s Parque do Tejo during the opening evening of their tour, which was also the time when the group was working with their ninth studio album, “Death Magnetic.”

The 3-week Summer series across Europe highlighted a mix of stadium and festival shows, which ended back in North America in the fall as the band appearing at Neil Young’s annual Bridge School Benefit Concerts in California.