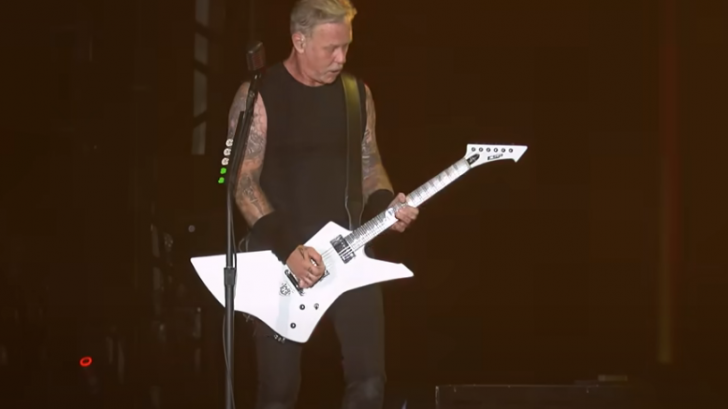 Metallica performed their 2016 song “Moth Into Flame” at the Firenze Rocks event in Florence, Italy, and the group has shared footage of the show.

It was the second single from Metallica’s album “Hardwired… to Self-Destruct,” which made US chart history by becoming only the second act of any category to have 6 straight albums debut at number one on the Billboard 200.

The band performed a 16-song setlist in Italy, starting with “Whiplash” from 1983 and ending with the timeless “Master Of Puppets.”

After a member of the band’s “family” tested positive for COVID-19, METALLICA was forced to postpone their headline performance at the Frauenfeld Rocks festival in Switzerland.

Uncertainty surrounds whether a member of METALLICA or a part of the group’s road crew tested positive for COVID-19.

The Metallica performance at Firenze Rocks is a stop on their summer festival tour of Europe, which came to an end on July 8 at NOS Alive in Lisbon, Portugal.