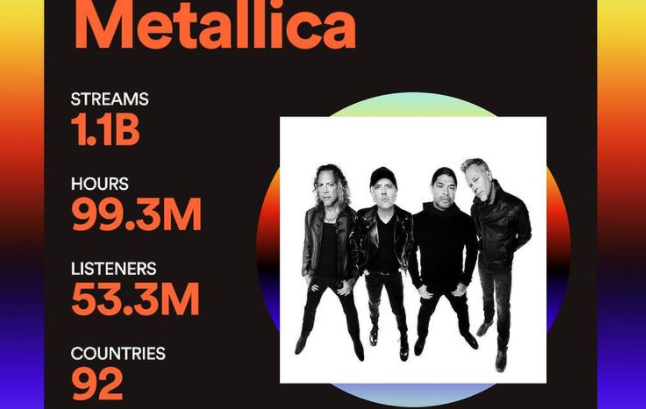 More than 1.1 billion streams and 99.3 million hours in total are part of the figures that Metallica achieved on Spotify during 2020, as revealed by the band themselves.

This is the second year in a row that the metal band’s music has been streamed more than 1 billion times on the digital music service in 12 months.

“We thought last year’s numbers were insane… you guys have outdone yourselves!,” says Metallica. “99.3M hours?! That’s like if someone started listening on October 27, 9318 B.C., and never stopped. Can anyone guess what this year’s most played song was, clocking in at 128.6M streams??”

“You remain the most dedicated fans in the world – thank you for spending so much of your year with us!”

The music of Metallica was streamed in 92 countries and the total number of people who listened to the group on the platform was 53.3 million.