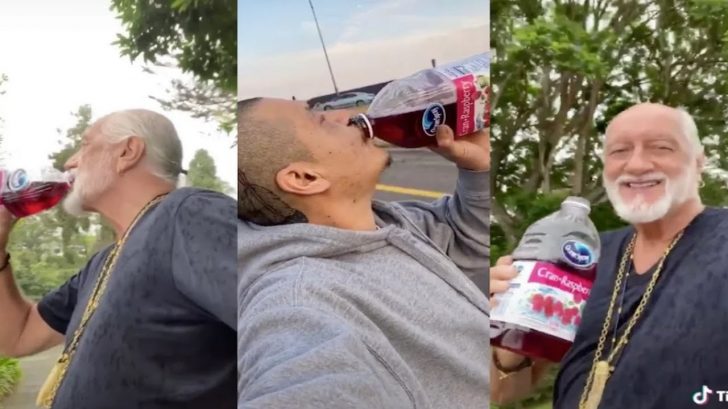 Sometimes the most random videos can go viral, and a recent one with a guy longboarding down the ramp of a highway while drinking cranberry juice, singing “Dreams” is no exception.

Nathan Apodaca decided to jump on his skateboard one day after his car broke down, so he wouldn’t be late for work! After uploading it to the video sharing app TikTok, seems like many people found this clip charming and people started doing their own version. Here is the original video:

Now that this clip has gone world-wide, it’s only appropriate that Mick Fleetwood himself do a version! Absolutely hilarious!