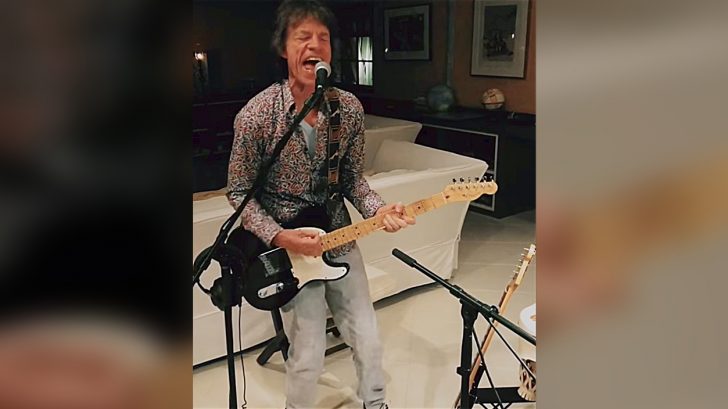 I Gotta Try Not To Get Too Excited, Here…

It’s the question that every iconic musician and their mother gets get asked all the time. “When are you guys putting out new music?” The Rolling Stones no doubt get asked this all the time, but it’s a valid question. This is a band that just seems like they’re NEVER gonna slow down for anything. They are some of the most notorious workaholics in all of rock & roll, on the road, in the studio, everywhere.

So it begs the question, where is the new music?

Well, it looks like we might have an answer to that question, and that answer is YES!

Just the other day, Mick Jagger posted a video on Facebook of him playing guitar and singing a song we’ve never heard before. The song is groovy, upbeat, and sounds like a fit on ANY Rolling Stones album. He’s singing “I really wanna tell the truth”, which sound like classic Rolling Stones type lyrics. In my opinion, this is Mick teasing something.

He captions this video with “2019 – all about writing, recording….and a tour !”, and if that’s not a hint at the Stones’ future, I don’t know what is.

This band has been teasing new material for quite a while now, a few years in fact, and the band is definitely due for some new music. Is this REALLY a new Rolling Stones song, or is it just an original song by Mick? Who knows? Nevertheless, I think it’s time to get excited!