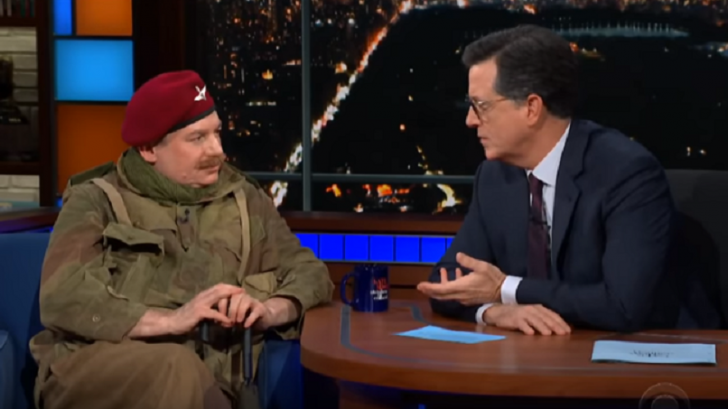 via The Late Show with Stephen Colbert/YouTube

We could listen to him all day long. In an interview on The Late Show with Stephen Colbert, he shared how it was like being invited for a cameo on Queen’s biopic “Bohemian Rhapsody”. It’s interesting because Mike Myers starred in the 1992 comedy film “Wayne’s World” which, as you may already know, helped propel the song “Bohemian Rhapsody” back to the US Billboard Hot 100 for the second time.

He was so excited to be offered the role he didn’t even bother reading the script!

Myers also shared how he is acquainted with George Harrison – his favorite Beatle, apparently. It was while he was working on Austin Powers 3 when he received a letter from Harrison – one of the last ones he wrote before his death on November 29, 2001.

Mike Myers wins Halloween that is all! ?

He even framed the letter! And we can only assume George Harrison was also a huge fan of Myers because he would carry around a Dr. Evil doll during his meetings. In case you forgot, Myers also played as Dr. Evil in Austin Powers. It’s not just any other toy though because it’s a talking doll.

“The only thing he would say was, he would pull the chord and say, ‘Why must I be surrounded by frickin’ idiots.'” – Mike Myers

That is freakin’ hilarious! Imagine being in a meeting with Harrison back then and you see with a mini Dr. Evil – that’s quite a sight. He sure had some sense of humor!

If you haven’t seen “Bohemian Rhapsody,” you’re missing out big time. Also, when you see Mike Myers, take note of his funny reference to “Wayne’s World.” That is comedic gold!