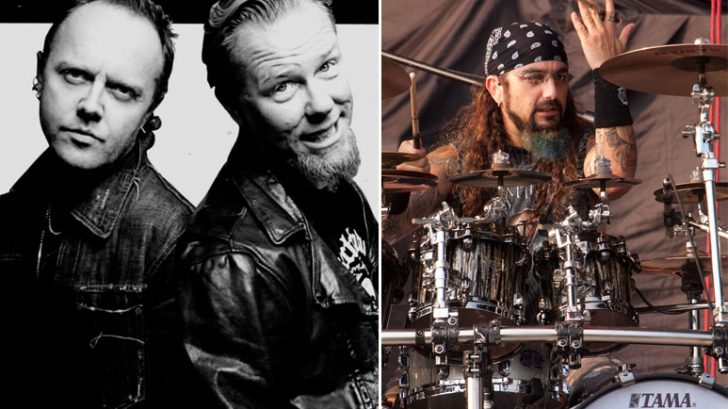 Well, That Sums Up Everything

The legendary former drummer of the Prog-metal band Dream Theater has this to say with thrash metal legends Metallica, — Mike Portnoy recently appeared on the Speak N’ Destroy podcast to talk about Metallica. Portnoy praised Metallica’s earlier works, but their other records like Lulu and St. Anger, he said, that they’ve never hit a big success for such a huge band.

Mike Portnoy has witnessed all things Metallica in his day, and he utterly labels the thrash legends as the biggest metal band of all time. Unlike Iron Maiden, Metallica has been one of the most critically panned bands for the past 25 years.

“The Black Album and Master Of Puppets and Kill ‘Em All, these are the greatest metal albums of all time, but they’ve also had such incredible misses as well. It’s crazy. Never has such a huge, huge band also had so many. I mean, Lulu, oh my God. The fact that they made an album like that, or what they did with St. Anger, or, in my opinion, with Load and Reload albums. So they’re not invincible. They’re not like the Beatles where everything they touched was perfect and classic and is gold. They’ve had these missteps as well, but it just never seemed to stop them.”

”As much as I appreciated [St. Anger] and it got me back because of the spirit and the intention and I really got that, there’s no question there’s some really hard-to-listen-to stuff on that album. There were moments where I was, like, ‘Oh my God! What are they fucking thinking?’ But then there were other moments like, ‘Oh, man! This is fucking great!’ It was a really mixed album for me.” – Mike Portnoy

The thing is we can all agree with Mike with this one, and having all that said, Mike Portnoy has been defending the most criticized drummer of all time, — Lars Ulrich. Portnoy speaks about the “invaluable contribution” of Lars to the metal band.