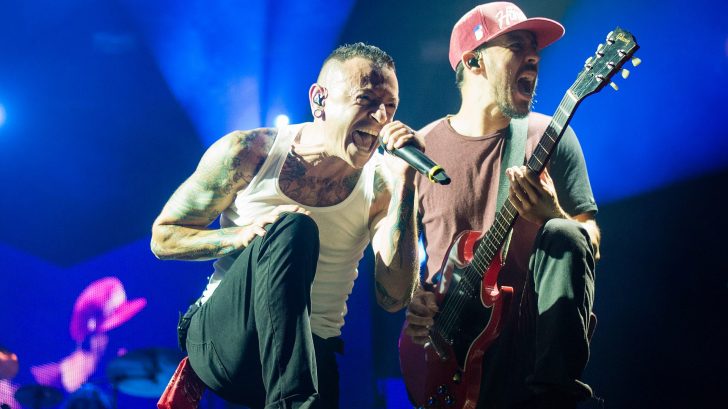 Linkin Park was left with an immense void as the band was consumed with the loss of Chester Bennington- of the most recognizable voices in rock. Yet, every member had a pivotal role in Linkin Park’s success. Co-vocalist and lyricist, Mike Shinoda, is now thinking of what’s next for Linkin Park.

In a recent interview in Germany, Shinoda expressed that he is open to finding a new frontman. The band still thrives off creating, recording, and being on stage- and there are still masses of Linkin Park fans who appreciate the group as a whole. With that, Shinoda, feels comfortable finding the right fit.

“As long as that connection and interest is there, I think that is our driving force to figure out Linkin Park,” Shinoda told the German radio host. The interview came about in connection to his recent solo tour for his album, Post Traumatic.  He goes on to contextualize that he celebrates Chester Bennington everyday and that his best friend would appreciate rock fans celebrating Linkin Park.

“It’s not my goal to look for a new singer. If it does happen, it has to happen naturally. If we find someone that is a great person and good stylistic fit, I could see trying to do some stuff with somebody. I would never want to feel like we are replacing Chester,” stated Mike Shinoda.

Rock Antenne’s radio host expressed “When he died, a part of me died too; I can’t imagine what that felt like for you,” she went on to say “he was the Kurt Cobain of our generation.” Whatever the future holds for Linkin Park, it’s safe to say that Mike Shinoda has the band’s best interest in mind and is listening intently to the fan’s feedback.

Listen to the entire interview below…