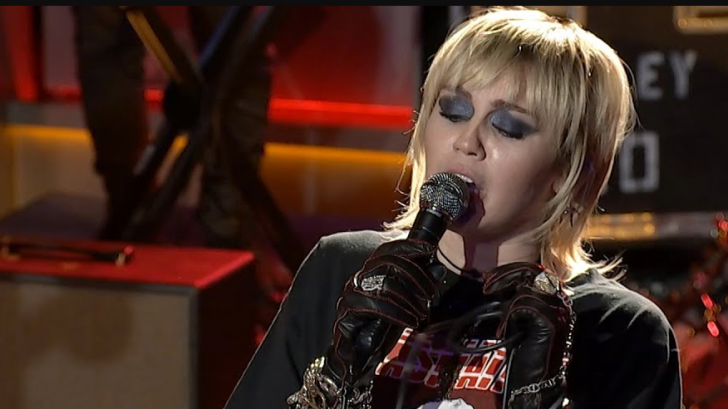 Miley Cyrus is doing her best to ensure that history repeats itself quickly by bringing Stevie Nicks’ mythical theme song “Edge of Seventeen” back to public prominence.

Speaking about their collaboration earlier in the year, Miley explained how she received approval from Nicks to include the new twist on ‘Edge of Seventeen’, she explained this during her appearance on The Howard Stern Show (watch the video below).

Miley Cyrus has released an official remix of her single ‘Midnight Sky’, joining forces with the legendary Stevie Nicks. For this version, the pair mixes the song with the Fleetwood Mac vocalist’s classic theme “Edge of Seventeen.” The collaboration comes after multiple occasions in which the young singer has shown her appreciation for the iconic artist. Her single uses a sample from the classic ‘Edge of Seventeen’, and Miley Cyrus has performed a live cover of the song.

The pair mixed these two songs for a remix that will be part of Miley’s new album ‘Plastic Heart’ at the time, which was released on November 27, 2020. In this version, Nicks’ iconic voice joins in for the catchy chorus of the song, which has a retro vibe inspired by the 1970s and 1980s.