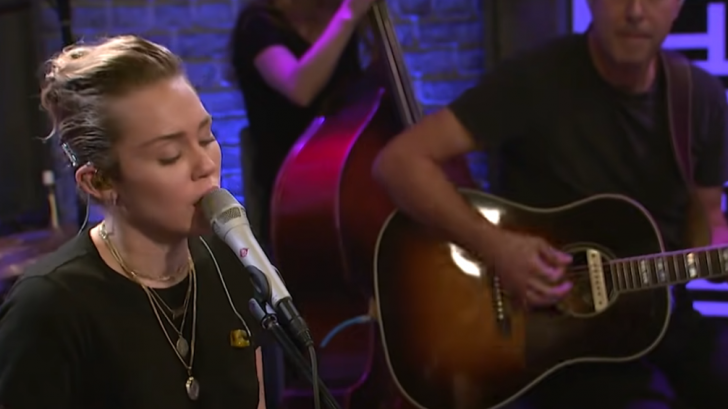 October 2 2017 was the day that we loss a musician, Tom Petty was announced dead. Many artists have honored by paying tributes during concerts and various programs, such as Coldplay, Fleet Foxes and Wilco, for example.

Miley Cyrus took advantage of the release of her new material at the time Younger Now to pay tribute to the renowned musician. She chose the theme ‘Wildflowers’, which features an acoustic guitar and a powerful voice in the backing vocals.

During ‘The Howard Stern Show’, the singer presented an acoustic version of the song “Wildflowers” released in 1994 by Petty, the version, although very simple since it has Cyrus’s voice and her guitar, has a lot of emotion thanks to the voice of Miley and that country tonality that the artist brings in her new album and that we know was also an important part of Tom Petty’s music.

Listen to this beautiful tribute that, as Howard Stern says, we are sure that Tom Petty would have enjoyed it.