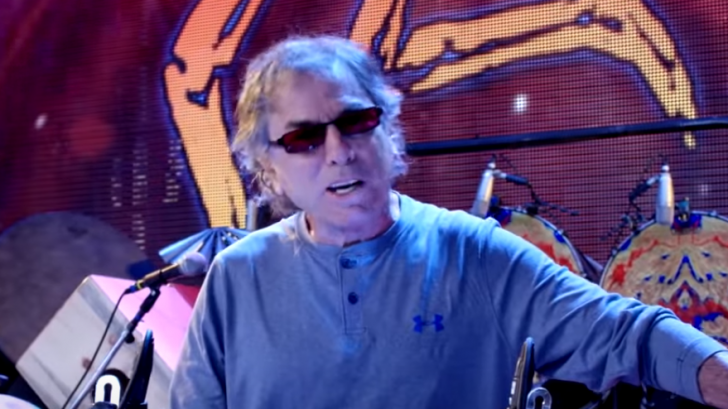 You almost probably heard a deep, guttural hum of noise erupt out of the “Space” part of the act if you’ve ever seen the Grateful Dead or one of its offshoots perform live in the past 40 years. The noise, which appears in a variety of forms and sounds, can be linked to Grateful Dead co-drummer Mickey Hart, who is frequently shown bent over an ornate metallic instrument that seems to be the source of the sounds. What exactly is this Grateful Dead signature?

Instrument maker John Lazelle created the first blaster beam at the beginning of the 1970s. A long, C-shaped piece of metal with piano strings and guitar pickups attached served as the blaster beam. It has the ability to produce jarringly low tones. Craig Huxley, an actor, and musician modified the design and used the instrument as a sound effect in the 1979 movie Star Trek: The Motion Picture. Micke Hart took up responsibility for updating the beam at that moment.

The Grateful Dead were captivated with noise from the very beginning. Long lengths of performances including ambient drones, guitar feedback, and improvisational distortion jams were prevalent during the 1960s. It suited the Dead’s hallucinogenic and experimental aesthetic, but as they started including more traditional songs in their setlists in 1970, “Feedback” was mostly abandoned in favor of either short tracks or protracted improvisations based on chord progressions and predictable patterns.

The music for Francis Ford Coppola’s new movie Apocalypse Now was then recorded by Hart and Bill Kreutzmann in 1979. Coppola believed that the pair’s “Drums” section, which would eventually become a staple of every Dead concert, was the ideal sound to underscore the Vietnam jungles. Hart and Kreutzmann brought in a variety of players and instruments to produce improvisational works, but, they weren’t just going to play the drums. Since Hart brought his own blaster beam to the sessions, he has been fascinated by the instrument ever since.

Hart sought more from the instrument despite the band’s 1980s concerts being filled with the deep growls of the beam. His goal was to turn the beam into a globally functional instrument that could recreate any sound. The piano strings would be set to the same pitch, but new samples would be sent into the electronics connected to the beam, frequently filtered by a memory bank that Hart has connected to the apparatus.

The beam was given new life after MIDI guru Bob Bralove became familiar with the Dead. Hart kept incorporating new components into the instrument and gathered as many samples of different instruments as he could to provide variety to the sound of the beam. In order to create various sounds while performing, Hart may lightly brush the strings, fiddle with the knobs, or even hit it firmly. In the second episode of the documentary series Long Strange Trip, the beam is explained in detail, demonstrating Hart’s commitment to the instrument even beyond the Grateful Dead’s first breakup.

Watch Hart show the beam in his equipment tour down below.