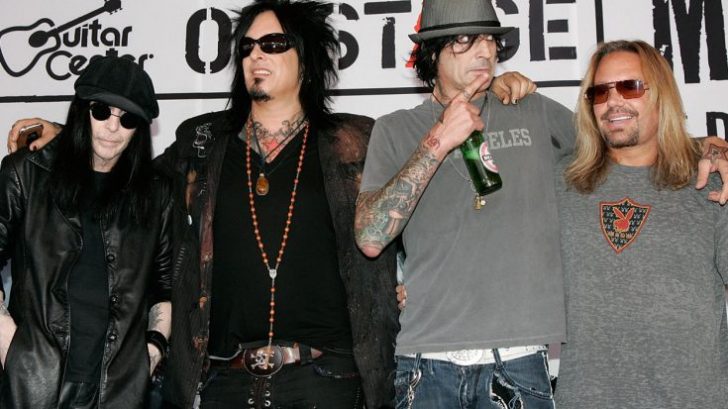 Mötley Crüe have kicked off their 2019 in grand fashion. They’ve just dropped the trailer for their long-awaited biopic ‘The Dirt’ based off of the best-selling novel of the same name. Directed by Jeff Tremaine, the film promises to be a wild ride from start to finish and will take a look at the band’s rise to stardom from their commercial success to numerous tragedies.

What’s even more is that the band themselves have just made good on their promise to head back into the studio and write new music for the film.

Above is the official teaser that the band just released for their new song “The Dirt”. As you can hear, this snippet indicates that this song will be classic Mötley Crüe. The song is heavy, high-velocity, and just epic as hell. But be warned, though we can’t hear it in the teaser, rapper Machine Gun Kelly (who plays drummer Tommy Lee in the film) is said to be on the track as well. Now that doesn’t worry me personally, but, you know… just a heads up.

We don’t know exactly when this song will be released, but just based off of what we hear in this teaser alone, it can’t get here soon enough!

Now, we obviously can’t call this the return of Mötley Crüe, given their ‘cessation of touring’ contract that each of them signed, but we do still get to finally see the story of the world’s most notorious band told the right way.

Check out the wild trailer for the film below and get ready because this film is going to be a great one!