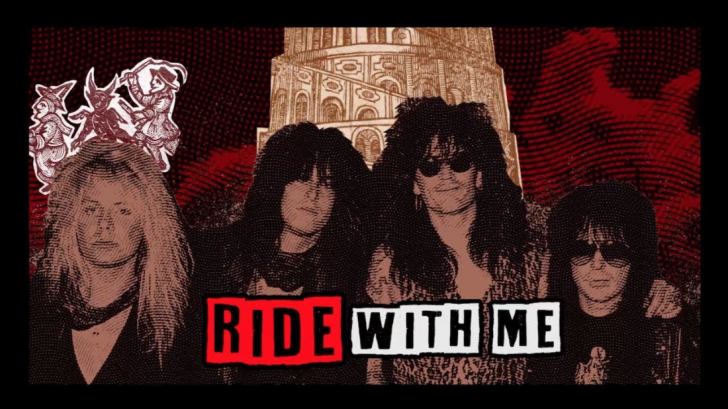 Motley Crue recently released an animated lyric video of Ride With The Devil – one of the four tracks recorded for their biopic film, The Dirt.

The track was one of their four tracks which they recorded for the Netflix biopic film, The Dirt. Recorded along with the tracks  The Dirt (Est. 1981), Crash And Burn and a cover of Madonna’s Like A Virgin.

Motley Crue ended their live career on December 31, 2015, after their farewell tour. But three years later, in 2018 – they once again reunited to work with producer Bob Rock to lay down the tracks for the Netflix film.

Bassist Nikki Sixx announced at the time: “We’re soon gonna smack you upside the head with some killer new tracks. Bob Rock is producing. It’s our movie. We know what were doing.”

He later added: “Everybody is playing like mad and the songs crush. Bob Rock brought the sounds.”