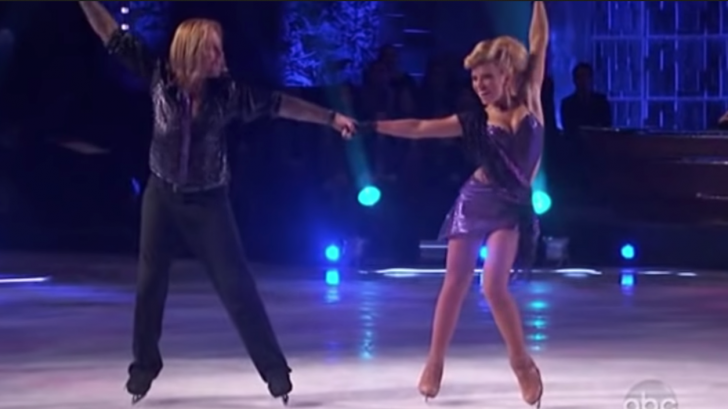 You Definitely Didn’t See This In The Dirt!

Well, we don’t know if he does it anymore – but for a brief second in time about a decade ago, the Mötley Crüe frontman donned a pair of ice skates, a few colorful costumes, and hit the ice for a few episodes of Skating with the Stars.

If you’re wondering what Skating with the Stars was, we’re pleased to report that it’s exactly what it sounds like: stars ice skating. A spin off of the popular celebrity ballroom dancing show Dancing with the Stars, Skating with the Stars aired in 2010 for one season and saw a handful of celebs paired with professional ice skaters, including Vince Neil who rocked and rolled his way across the ice with the help of coach Jennifer Wester.

Vince and Jennifer kicked off their time on SWTS with a rockin’ routine set to The BodyRockers’ “I Like the Way You Move,” focusing on The One Foot Assisted Glide and the Pair Spin. The following week found them focusing on the Tango, Tricky Footwork and Lifts to The Police’s “El Tango de Roxanne,” appearing second on the show after Olympic freestyle skier Jonny Moseley and coach Brooke Castile.

While the judges loved Vince and Jennifer, the pair didn’t last on the show; they were eliminated halfway through the 6 episode season despite a glowing performance set to James Blunt’s “You’re Beautiful.”

We haven’t caught wind of Vince Neil ice skating in the 9 years since he appeared on Skating with the Stars, but there’s always hope he’ll don his skates and costume once again.