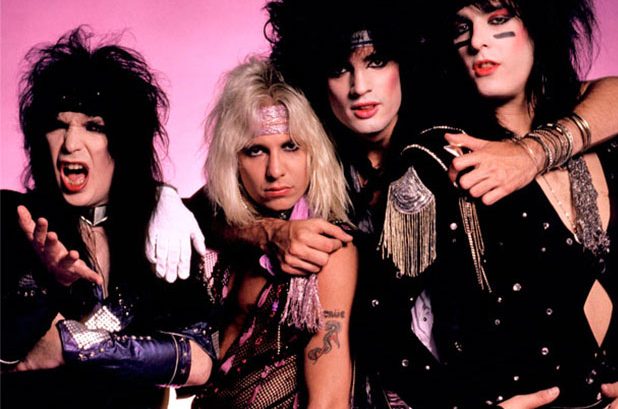 YES! — This Means Business For The Most Notorious Rock Band!

During the 80’s, heavy metal and glam rock took over the music scene, and one of them was the glam rockers from Los Angeles, Mötley Crüe, and they were one of the biggest arena bands in the world and had partied like no other.

The band consists of Nicki Sixx, Vince Neil, Tommy Lee, and Mick Mars. Two of the members Vince and Tommy went to high school together in the town where they grew up.

Before calling themselves Mötley Crüe, they originally called themselves “Christmas,” but their bassist Mick Mars had been in a band called the “White Horse,” and they were described as a “Motley Crew,” so he wrote it down and turned it to “Mötley Crüe.” The story goes on and on…

And now, here they are, Vince Neil just confirmed it. They are recording new materials, and it has been a while since we heard something new from them!

Speculations recently made about a photo that appeared to be Nikki Sixx together with Tommy Lee were in a recording studio with producer Bob Rock.

And that speculation was SOMEHOW confirmed when Lee took to his social media account to share a clip of himself apparently tracking drums. And he captioned the images as,

He recently announced via Twitter, that he and the rest of Mötley Crüe are indeed back in the studio recording new materials together again.

“I’ll be going back in [the] recording studio in a few weeks with the boys to record four brand new Mötley Crüe tracks! Rock on!”

Exciting news! I’ll be going back in recording studio in a few weeks with the boys to record 4 brand new Motley Crue tracks! Rock On!!

But then a few hours after Twitting the news, he clarified, adding that the band does not have plans to “tour anymore.”

“We never broke up or said we would never make music again,” he added. “Hopes this clears it up.”

For those of you who don’t understand, yes “the boys” means Motley and we signed a contract not to tour anymore. We never broke up or said we would never make music again. Hope this clears it up.

Meanwhile, the band will be having a film adaptation regarding their biography, The Dirt – Confessions of the World’s Most Notorious Rock Band.