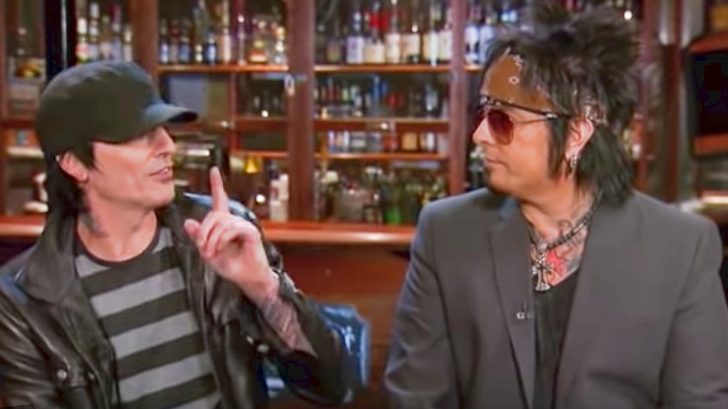 It’s certainly no secret that Mötley Crüe were undoubtably the most notorious band ever in their prime. With sex, drugs, rock & roll, and everything in between, this band lived the true rockstar life of debauchery in grand fashion. All of this and more are documented in their highly anticipated biopic ‘The Dirt’ which was released last month exclusively on Netflix.

The film really went into detail about all of this and more, but as with every film, they couldn’t possibly show everything. That’s where the band themselves come in to tell the stories others can’t…

We recently found an interview that the band did with CNN a few years back. In it, Tommy Lee and Nikki Sixx tell a pretty gross story about a meal they randomly made when on tour using only what they had.

I’ll let them tell how they went about it, but I’ll just say that it involved and old bowl of tuna, Jack Daniels, and Captain Crunch. Take a listen, but have a paper bag at the ready…

If you continued watching then you will have heard the story of how they injected Jack Daniels into themselves as well. That’s some pretty gnarly stuff, man. But hey, considering all the things that Mötley Crüe did, it’s not too surprising.

Be sure to check out ‘The Dirt’ on Netflix now to see the story of how four misfits all came together to form the most notorious rock band in history.