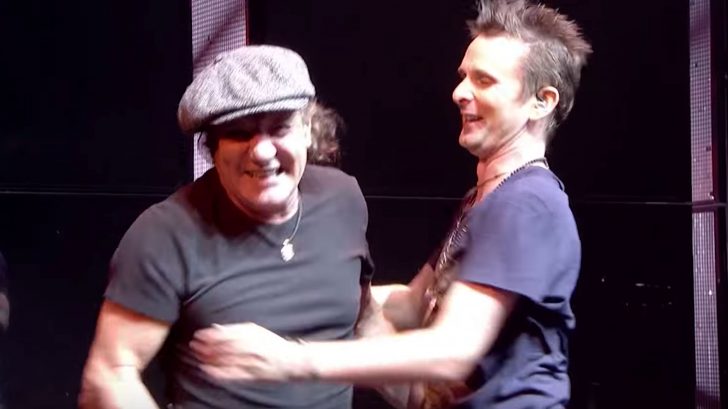 They Should Feel Honored

We love Muse. They are an incredible rock band that have stood strong for a good number of years now. Of course, we can’t forget the unfortunate loss of Malcolm this past year and how AC/DC are just getting…old. It’s the sad reality. Literally the best musicians and bands that shaped what is music today, are fading away. But there is still hope.

We still got Brian Johnson, and although away for a while because of risk to ear damage, we dug up this clip that we missed a couple months ago! Absolutely shocked when we came across it.

“On stage, it was getting harder and harder to hear the guitars, even hear the keys, and I was basically going on muscle memory. And I’m not the kind of guy who likes to cheat. The way I look at it, I had a great run.” – Brian Johnson on his time with AC/DC

We’re not gonna lie, we’re still hoping he’d get back together with AC/DC. Axl Rose may be doing a fine job fronting the band temporarily but still, Brian is Brian. Besides, he’s been spotted outside a recording studio this year – the same one where Angus Young was also photographed in. So you know, there’s definitely some hope.

Whether they’re recording new material or not, it doesn’t matter as long as they’re jamming together again.

“Such an honor to have the legendary Brian Johnson join us onstage at Reading Festival last night. Thanks so much Brian!” – MUSE’s official Twitter account

We don’t know about you but we’re more than ready for Brian’s comeback and when he does, we just know it’s gonna be epic. The guy knows how to put on a good show and his energy on stage is always contagious. He rocks out like it’s no big deal and he reaches those insane high notes almost effortlessly!