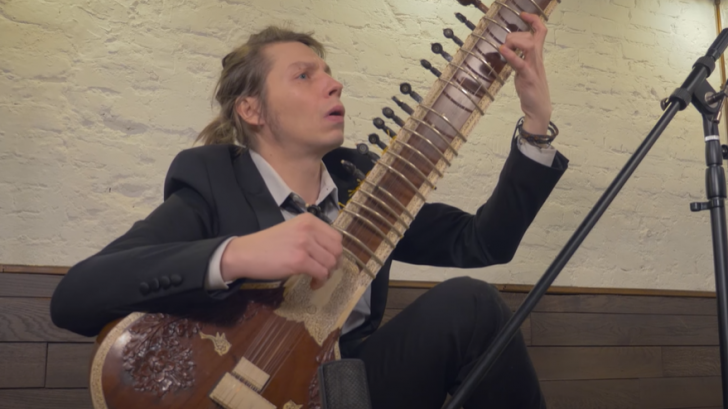 Few songs have the power and impact of Pink Floyd’s colossal “Shine on You Crazy Diamond.” A piece by Pink Floyd yes. It’s 25 minutes divided into nine parts and it’s a tribute to Syd Barret.

When Syd, the former leader of the band, visited them in the recording studio that June 1975, nobody noticed that this ugly, bald and obese guy was their friend and former bandmate. Some of them (it is said) cried when they realized who it was. That meeting provided a tribute that lasted 25 minutes and is considered the best single in the history of Pink Floyd. It is especially based on David Gilmour’s guitar and sits on soft keyboard cushions that form a beautiful constellation for the six-string ship to move forward.

The first part is a majestic introduction of three minutes and forty seconds in which the keyboards of Richard Wright and the guitar of David Gilmour caress the cosmos. You can really believe that, if there is a music in the stars, this is it. It’s seemingly simple, but it was also the new Pink Floyd reality in which they had discovered sound to reach the masses by shedding the psychedelia and acid of their early days. Here the less is more. The pace is slow and the progress a little mimics the astronauts floating in the weightlessness of the spacecraft. There are even some dogs barking, almost imperceptible. The diamond citation could be a reference to the Beatles and “Lucy in the Sky with Diamonds”, short for LSD, one of the drugs that good old Syd used to take. But if we like to play with acronyms… What do you think of this?

In the video below, a group of musicians reimagines the song using a Sitar & Tabla, they wanted to combine the magic of the enchanting sound of Indian instruments.