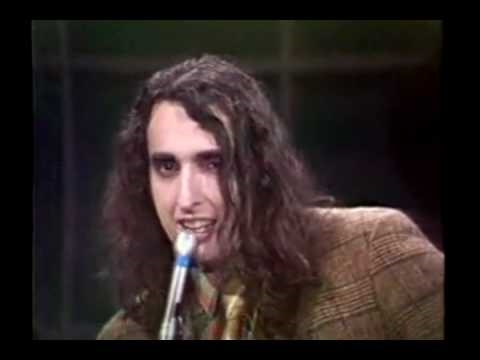 There are celebrities who died doing what they loved in front of their fans, but most of the cases were tragic situations. Musicians are some examples of artists who left their mark on the industry after losing their lives in front of their followers.

The death of former Pantera guitarist, Darrell Lance Abbott, better known as Dimebag Darrell is one of the most tragic and well-known in show business. During a 2004 performance by his second band, Damageplan, the musician was the victim of a shooting in Columbus, Ohio. A minute after the concert began, a man named Nathan Gale walked to the stage with a gun and opened fire on Dimebag and other members of the production team. Gale was a 25-year-old ex-military man who was discharged from the army for mental health problems and was also killed by a police officer.

Nick Menza was a metal icon in the 90s, having been part of Megadeth, Chodle’s Trunk, Fear Assembly, Orphaned to Hatred and OHM. The drummer suffered a heart attack during an OHM performance in May 2016 and Menza collapsed on stage. He was treated in an emergency, but was pronounced dead when the hospital arrived.

Sib Hashian, a former drummer for the rock group Boston, has died at the age of 67 while playing a concert on a cruise ship. Hashian collapsed in the middle of a performance on the Legends of Rock Cruise, a Caribbean cruise designed especially for rock fans.

Hampton, founder of the group Hampton Grease Band in the late 1960s, spent several minutes lying on stage while the musicians who accompanied him continued to play. Bruce Hampton died in the middle of a concert in Atlanta in which he was celebrating his 70th birthday on May 1, 2017. The guitarist collapsed on the Fox Theater stage while performing the song “Turn on your lovelight.”

In the mid-1960s, Tiny Tim gained new visibility at a downtown nightclub called The Scene, which often featured top rock acts. His appearances there led to a casting on the “Merv Griffin Show” and a small role in the movie “You Are What You Eat,” which was performed by Peter Yarrow, Peter, Paul and Mary. On November 30, 1996, in his 64 years of age, singing another great success that he composed “Tiptoe Through The Tulips” in local cafes, in front of a minimalist audience, with his wife in the audience. But at the end, he passed out on stage dying right there, from cardiac arrest.

Unlike other musicians who lost their lives on stage from heart attacks, Les Harvey fell victim to the technical dangers of live performances. Stone the Crows guitarist was tuning his guitar at a concert in Wales and played a microphone that was not well connected. Harvey died of electrocution on stage at age 27.

In the late 1970’s, Onie Wheeler bought a guitar shop located in Nashville and performed at the Grand Ole Opry at along with Acuff. It was on 1984 when he met his demised, while onstage, performing with Rev. Jimmie Snow he collapsed and died of cardiac arrest.

In 1995, Montana suffered a cardiac arrest while he was performing “The Girl I Almost Married” at the Longhorn Saloon in Whistler, Canada. He was 40 years old at the time.

He began his career in the 1950s as Young John Watson, singing and playing the piano in Los Angeles. When he switched to the electric guitar, he changed his name (Guitar Watson) and became one of the innovators of the instrument, with songs like Space Guitar. Johnny Guitar Watson died on May 17, 1996 of a heart attack, collapsed onstage during a tour in Yokohama, Japan. His remains were moved for burial at Forest Lawn Memorial Park Cemetery in Glendale, California.