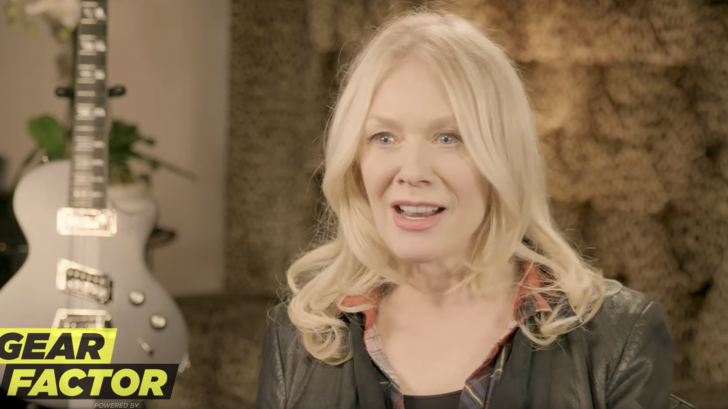 But with all of that said, it doesn’t change the fact that most people will view you as ‘unoriginal’ whenever you borrow something from another song. Is it understandable? Sure, but then again, I feel like there’s only so much you can come up with without sound a little bit like someone else. But I digress…

Why bring all this up? Well, because Nancy Wilson of Heart just revealed that she essentially ‘borrowed’ the riff for “Barracuda” from a band called Nazareth. She admitted this during a recent interview with Gear Factor. Here is what she said…

“We had been touring and opening for a band called Nazareth in Europe. Nazareth had a hit with this Joni Mitchell song that they covered called ‘This Flight Tonight’ that kind of had that riff, so we kind of borrowed that and we made it into ‘Barracuda.’”

If you ask me, this is perfectly okay. I mean, it’s not like she ripped off the whole song. If anything, she was more inspired than anything and ended up with one of the most iconic songs in rock history. Which goes back to my point earlier.

The point is, every musician is inspired by something. So, instead of pointing fingers about who ripped off who, just enjoy the music!