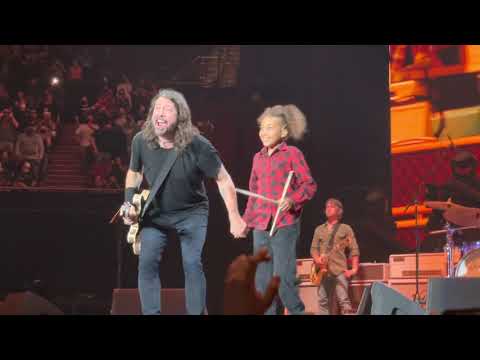 Foo Fighters’ tenth album “Medicine at Midnight” is an opportunity to open other horizons and the possibility of giving some enjoyment in a world beset by the pandemic.

However, their classic track, “Everlong” which was released in 1997 included in their “The Colour and the Shape” album, garnered the attention of fans and critics and led it to reach No. 11 on Billboard’s Hot Rock & Alternative Songs chart.

It happened because of the 11-year old drummer Nandi Bushell performing the song with Foo Fighters at their Aug. 26 concert in Los Angeles.

Grohl says the event that tipped the balance was his online battery battle with English prodigy Nandi Bushell, who was just 10 years old at the time.

The videos featuring Bushell also prompted some online experts to predict a rock revival, which hasn’t had as much traction among modern youth as in previous generations.

“Everlong,” was the second single of Colour and the Shape, and it originally hit No. 3 on Billboard’s Alternative Airplay chart and No. 4 on Mainstream Rock Airplay in 1997.