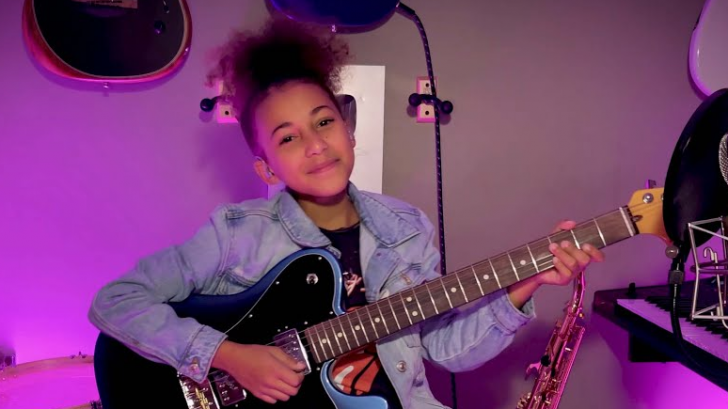 The 11-year-old British multi-instrumentalist exploited all her talent when recording a version of “Gimme Shelter”, the opening track from the album Let It Bleed, released by The Rolling Stones in 1969.

The drummer left us in August this year at the age of 80, and the young woman said in the description of her new video that she would like to do “something really special for Charlie”.

Check out the beautiful cover of “Gimme Shelter” recorded by Nandi at the end of the article!

Speaking of playing with music legends, recently Nandi Bushell was asked by Dave Grohl to play drums on “Everlong” during a Foo Fighters concert in Los Angeles.

After the performance, the vocalist didn’t skimp on his praise for the child star and said that watching Nandi play the drums is “the true meaning of Rock and Roll”.

In addition, the British young youtube star took advantage of the trip to LA to meet Chad Smith, legendary drummer of the Red Hot Chili Peppers, participate in a jam with the iconic Tom Morello and meet other important musicians.