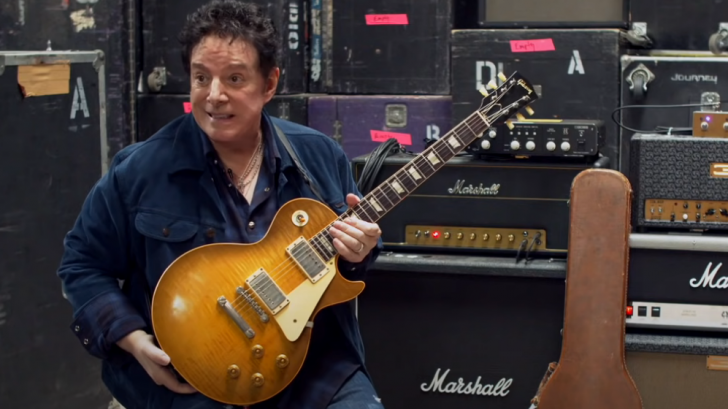 Neal Schon said that he purchased 150 guitars during the pandemic and admits that he became addicted to adding to his collection. Before purchasing new guitars, the Journey guitarist already possessed 650, a figure that has reduced from a prior greater figure.

“I kept buying, buying, buying, buying, and it became like a hobby,” Schon told People in a recent interview. “It was like being hooked on something, like gambling — I don’t gamble. That became the thing that I liked doing during the pandemic, besides writing new material. … It was a lot, and it was a lot of money, too.”

His wife, Michaele, didn’t seem to mind his “piling up” additional guitars, but she was “happy to see them go to the warehouse.” Neither of his buys topped his all-time friend: a 1956 Les Paul she bought him for his 65th birthday in 2019.

“It’s the oldest guitar I own, and it sounds amazing,” he noted. Asked if he had written a song about her with it, he said, “It hasn’t been a requirement, but it’s inevitable that it will happen. I’ve written her other songs already, but I didn’t have that guitar when I wrote them.”

Schon also stated why he deactivated his Instagram account, citing “constant imposters and hackers” as the reason. “There are so many scams,” he remarked. “I shut down imposters every day when I was on there, and I just got so tired. I’d look at my phone at the end of the day and go, ‘How many hours did I spend on here trying to clean up stuff?’”