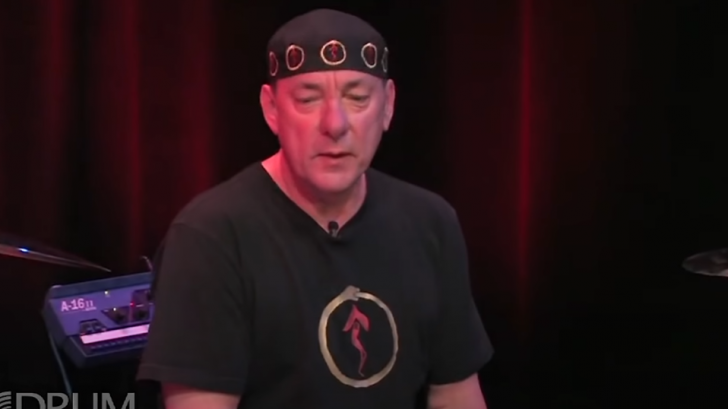 At first, his style was heavily influenced by hard rock and by artists like Keith Moon and John Bonham, and Nick Mason.

Over time, however, his influences shifted towards styles of jazz and fusion drummers such as Billy Cobham, Bill Bruford, Gene Krupa, and Buddy Rich, especially at the end of his career. Peart received countless accolades for most of the performances he recorded and was widely respected for both his technical skill and the energy with which he played his instrument.

He is one of the most important drummers and one of the best at a technical and compositional level in the history of rock and music and a universal reference for thousands of musicians and artists. Neil passed away on January 7, 2020.

He was recognized for his complex and lengthy drum solos, containing odd bars, complicated arrangements that sometimes required total independence of the upper and lower limbs, and the incorporation of exotic percussion instruments. Said solos can be heard on all of Rush’s concert albums. On each tour, the solo evolves, with some routines being replaced by more complex ones. Peart’s latest instructional video, “Frontiers Of Composition And Articulation” was recently released by a YouTube channel @Drum Channel. In the video, he answered the question “Is It Important To Learn Other Instruments?”