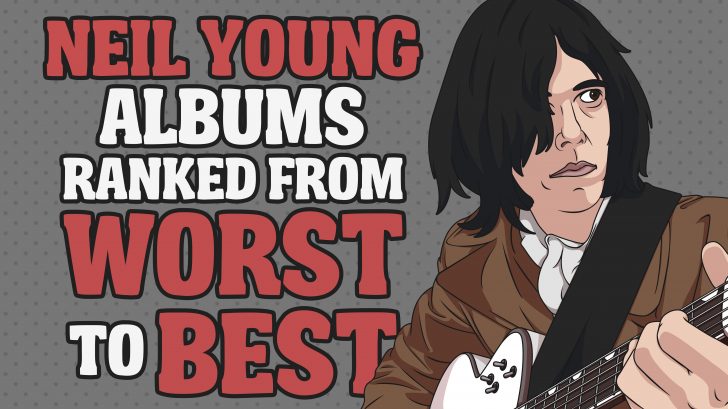 A Few Hits and Misses

When he was at the top of his game, Neil Young had no peers. The guy was the very definition of rock ‘n roll. He’s a prolific songwriter, a brilliant musician and a talented singer. But like almost everyone in the music industry, his catalogue is a collection of hits and misses. Some are too epic and pure for this world while others, well let’s just say you’re not missing out on much by not listening to them.

He’s had a long outstanding career spanning over five decades. He’s influential and rebellious and you know he will always do what he dang pleases. So buckle up as we take you on this rollercoaster ride.

It’s so rushed that it fails to leave ANY impression.

Even for the most ardent Neil Young fans, this is intolerable.

The songs don’t really hold that much value today.

It’s a total mess with so much ranting in between.

It’s dull – nothing much to see here.

There are too many things going on here and not in a good way.

This is what happens when producers try to tell Neil Young what to do.

If you’re looking for magic, you won’t find any here.

We dare you to listen from beginning to end without cringing.

It isn’t something any respectable artist would be proud of.

The only thing lacking is Neil Young dozing off mid-song.

You can tell right away that Young’s heart wasn’t into it – he sounds distracted all throughout.

It’s the kind of stuff you listen to once then store in your basement, never to see the daylight ever again.

It’s confusing and that’s it.

There’s just nothing that binds the two sides together.

He’s always been very vocal about his political views.

Because the simpler, the better.

It sounds intimate and raw but still incomplete for all that.

A promise of what’s to come, basically.

It’s too loose that it almost sounds like it was recorded during a series of rehearsals no one took seriously.

It may not be his absolute best but it’s still a brilliant album filled with great songs.

It’s overly dramatic but still makes you feel nostalgic too.

It’s not as tight as his other better albums but it still lures you in.

We can’t exactly pinpoint what it is that made this record so compelling.

There are some interesting collaborations here.

There’s a somber mood over the record that just leaves you in awe long after the last song stopped playing.

It will remind you why you fell in love with Young’s music in the first place.

This collaboration with Pearl Jam is usually an acquired taste.

The groove and feel – everything is just so darn good.

Young incorporated various styles in this one album and we loved it.

It’s full of classics which is what made it truly unforgettable.

There’s so much emotion here you can feel Young’s grief.

While it didn’t sell, it’s as good as it gets.

This managed to capture the magic of Neil Young.

This will always be one of his greatest musical achievements.

It features “Rockin’ in the Free World”. Enough said.

More than 25 years after it was first released, it remains untouchable.

It leaves you depressed but somehow, you keep wanting to hear it again and again.

If Neil Young only released “Heart of Gold” and “Old Man” and nothing else, he’d still be a legend.