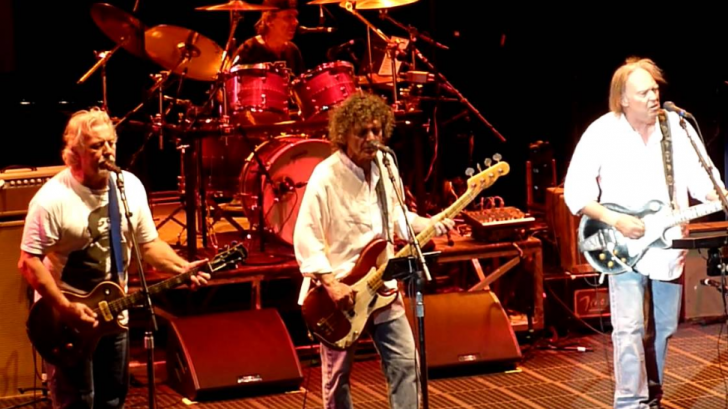 New Album Will Drop This October

Neil Young with Crazy Horse recently announced that a new album is on its way to be released called “Colorado” on October, the exact date is yet to be announced.

While the album’s lead single, “Rainbow of Colors,” will arrive later this month.

Reports regarding the upcoming album were announced on Neil Young Archives (website), and it contains “10 new songs ranging from around 3 minutes to over 13 minutes,” according to the website.

Colorado will be their first album together after the 2012 album, Psychedelic Pill.

The lead single, “Rainbow of Colors” is set to be released later this month, but no specific date yet has been announced.

The album comes with a documentary film called the Mountaintop Sessions directed by C.K. Vollick and it tackles the making of the album.

“I don’t think a film about this subject with the openness and intensity we have captured has ever been seen,” – Neil Young Archives website reads