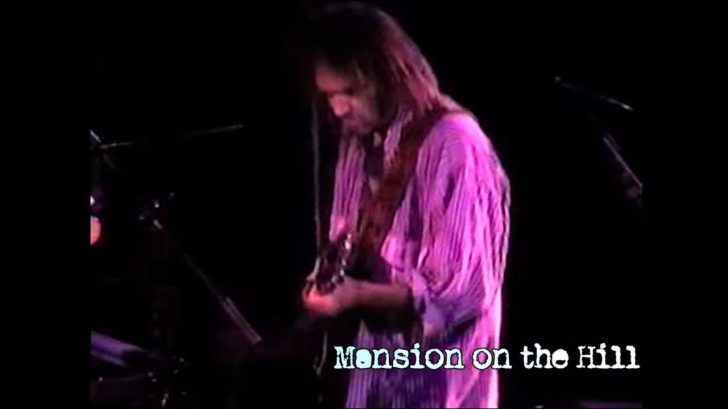 “Neil Young and Crazy Horse” released the video of the 1990 performance of “Mansion On The Hill” from the newly-released “Way Down In The Rust Bucket.”

Neil Young couldn’t have had a brighter entry in the 1990s. Gone were the eighties and their tricky juggling styles. Ragged glory meant a new beginning that was to put him back on the front line. So much so that the kids of the new generation, those who were to rule rock in the following years, adopted him as a kind of godfather, a teacher they revered.

It is also true that he did not go from the disaster of his worst albums to this peak in his extensive discography without continuity solution. Before this album, Neil had already been showing signs of recovery. This notes for you, the first thing he published after leaving Geffen, and especially Freedom, served to refresh the memory of the most forgetful: we were facing one of the greats.

But what in Freedom are indications materialized in good songs, in his next LP are certainties. Everything noted takes shape in Ragged glory, an extraordinary job in which he returns to play at home, on the field that he masters perfectly. The Crazy Horses are reclaimed again and the best Young returns with them. With David Briggs at the helm, the most powerful Neil emerges, the one with the robust and unanswerable songs. Songs in which hard rock coexists with the country spirit and choirs that enrich the compositions to offer a seamless ensemble.