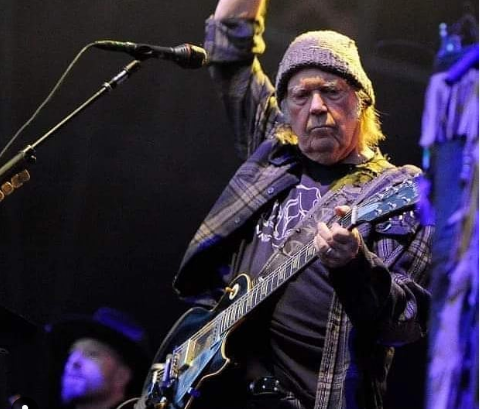 Just Out Of Time

Neil Young and his band (Promise of the Real) were having their final song at the BottleRock Napa Valley festival Saturday night, and they were 8 minutes away into their final song, “Rockin’ in the Free World” when the festival authorities cut Young’s power at 10 p.m.

Just before they cut the power down, someone in the video below can be seen running gesturing to Young, possibly signaling him that they were out of time. But Young was preparing for another guitar solo before he nodded at the man, so he signals out his band to turn the song around back into the chorus.

They didn’t manage to wrap it up on time, but the fans despite the power cut down they joined Neil Young to sing the song’s chorus until Young played the final chord and waved his goodbye.

You can watch a video recording of a fan down below.

Quick Note: BottleRock often cuts down power on its headliners, due to the festival grounds’ close proximity to nearby homes.