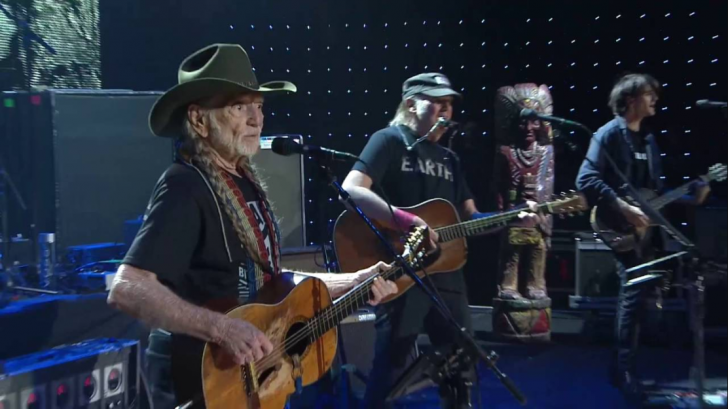 Neil Young and Stephen Stills will be joining Willie Nelson as one of the performers at Light Up The Blues, a benefit concert to raise funds for Autism Speaks organized by Stills and his wife Kristen.

Light Up The Blues 2020 kicks off at the Greek Theater in Los Angeles on May 30.

Other performers are Lukas Nelson & Promise of The Real (serves as the house band for the benefit), Lucius, Fantastic Negrito, Oliver Stills, and Chris Stills. Jack Black will host the event. Light Up The Blues was first held in 2013 and the last one was in 2018 at the smaller Dolby Theatre. Stephen Stills reunited then with Neil Young at the 2018 benefit.

“It’s a logical progression for us,” Stephen told Rolling Stone of the move to a bigger venue. “They welcomed us with open arms. And if you go any bigger than it, it becomes a zoo. Neil [Young] warned me, ‘Go too big and suddenly it turns into a thing that eats up half your year.’”

It was Neil Young who advised the Stills to organize the benefit after they took a year off.

“We had to move out of our house for about a year to get some work done,” Kristen Stills explained. “We knew that would be a good year not to plan a concert. But then Neil stopped by a year ago and said, ‘Let’s do it in 2020.’ That’s where it started.”