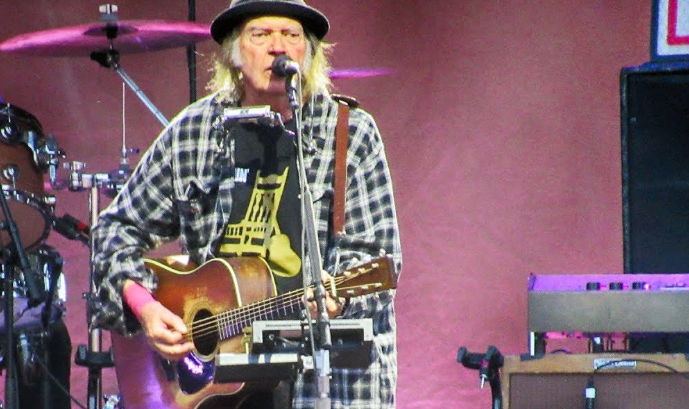 According to the Official Charts Company (https://www.officialcharts.com/chart-news/bob-dylan-lands-ninth-number-1-album-with-rough-and-rowdy-ways-setting-a-new-chart-record__30081/), the album begins at No. 2 on the Top 100 following “Rough And Rowdy Ways”, the new project from Bob Dylan.

“Homegrown” was the country’s best-selling vinyl of the week, as well, while supporting deliver Young his 11th UK Top 10 album and highest since the No. 2 position of 1994’s “Sleeps With Angels.”

Young originally recorded “Homegrown” in 1974 and early 1975 but prolonged the release while moving on to other projects.

“I apologize,” shared the rocker on a recent note to fans on his Neil Young Archives site. “This album ‘Homegrown’ should have been there for you a couple of years after ‘Harvest’. It’s the sad side of a love affair. The damage done. The heartache. I just couldn’t listen to it. I wanted to move on.

“So I kept it to myself, hidden away in the vault, on the shelf, in the back of my mind….but I should have shared it. It’s actually beautiful. That’s why I made it in the first place. Sometimes life hurts. You know what I mean. This is the one that got away.”

Keep going and listen to the track below: