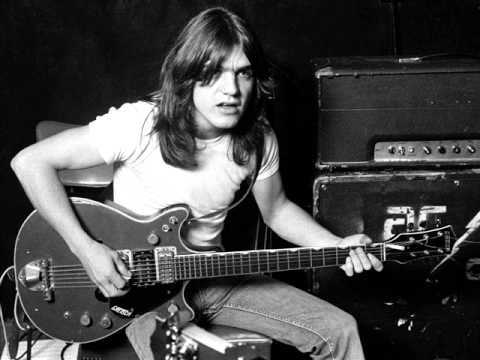 Information has leaked out saying that AC/DC is reportedly working on a new album dedicated to Malcolm Young, though no official word has been released. Rumor has it that some songs Angus and Malcolm Young wrote years ago will be used in the album. These unreleased songs mostly feature Malcolm playing rhythm guitar.

The reports come from  JAM Magazine, who heard it from “a reliable source inside the AC/DC camp.”

“Turns out, five years prior to the Black Ice LP, AC/DC’s 15th studio release, Angus and Malcolm Young lived to together where they literally wrote hundreds of songs, many were recorded and have been stashed away until now. Angus has decided to select the best tracks from those recordings that Malcolm played on and is now back in the studio recording and mixing them with fellow band mates Phil Rudd, Cliff Williams and yes, Brian Johnson on vocals.”

These rumors began when Rudd and Stevie Young, the guitarist who filled in for Malcolm, were spotted last month in Vancouver where AC/DC recorded their last three albums. Rudd and Johnson were then spotted at Warehouse Studios together with Angus and Stevie. When the photographs of the band in Vancouver surfaced online, the studio’s deck was covered with an umbrella to block paparazzi from peeking in .

A couple of months back, Angry Anderson of Rose Tattoo let slip that Angus Young was working on a new AC/DC album.