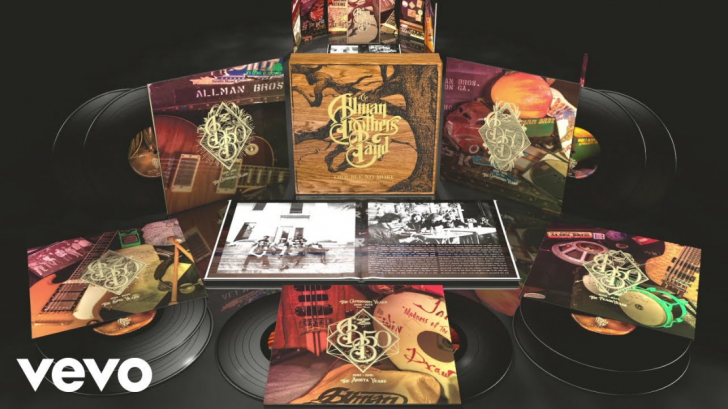 Allman Brothers Band’s entire career will be celebrated for their upcoming Trouble No More: 50th Anniversary Collection arriving on February 28.

Featuring 10-LP/five-CD box named after the Muddy Waters song that the group’s first-ever jam session, the set includes a 1969 demo version of the track kicking off the first disc. Trouble No More: 50th Anniversary Collection runs chronologically from their first performance of the same tune and ending at their 2014 farewell show.

The set contains a total of 61 songs, featuring seven unreleased and includes 13 different lineups in the band’s history.

Trouble No More: 50th Anniversary Collection was produced by Bill Levenson, John Lynskey, and Kirk West, and it contains a book with a 9,000-word essay by Lynksey recapping all of the lineup changes, photos of the band and pictures of Allmans’ memorabilia from their Big House Museum in Macon, Ga. The set features a wood veneer slipcase with gold lettering. It will be released as a limited-edition orange-and-red vinyl that was designed to look like the inside of a peach.

Available now for pre-order exclusively at the band’s webstore.

Keep going for the tracklisting and an unboxing video below: