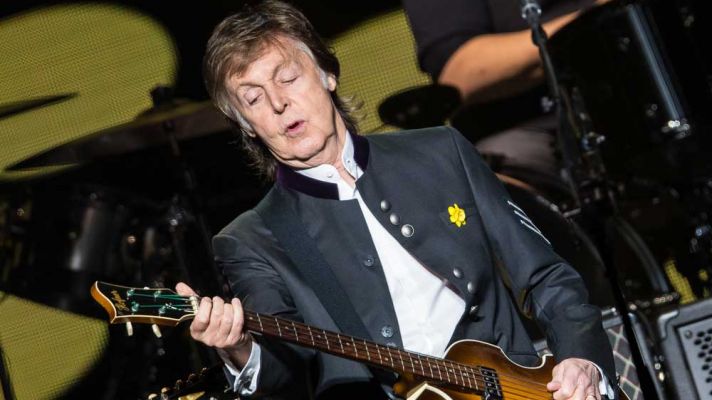 The Legend Still Got It!

The said album is due to be released on September 7 via Capitol Records, it was announced just after hours Macca released the double A-side single I Don’t Know/Come On To Me.

Kurstin also shared his thought regarding the studio album during his interview with Rolling Stone he says he was “amazed” by some of the things McCartney was able to achieve working in the studio.

Asked if he had more respect for Paul McCartney after working with him, Kurstin replied:

“I learned a lot about him. I love that he’s pushing the boundaries in his songwriting harmonically and lyrically.

“I was really struck by the chords that he’d bring into the session. I’m a pianist myself, so I was just amazed at his harmony and his use of melody and chords in the past.

“I would see him bringing in new chord progressions that I still haven’t heard. Just when you think you’ve heard everything in recorded music, he brings in a song like Despite Repeated Warnings. I have never heard a song ever written with that chord progression.”

Kurstin also said that despite the album having to contain a total of 16 songs, McCartney was able to write and recorded more.

“I have a feeling they will be released in some way at some point. We live in a time now where things are released digitally. I think they’ll have a use for everything.

“We finished pretty much every song that we put on the table. I think there’s 20, but there could be as many as 25.”

The final Egypt Station tracklist has not yet been announced, though the cover art and pre-order details were revealed and can be found below.