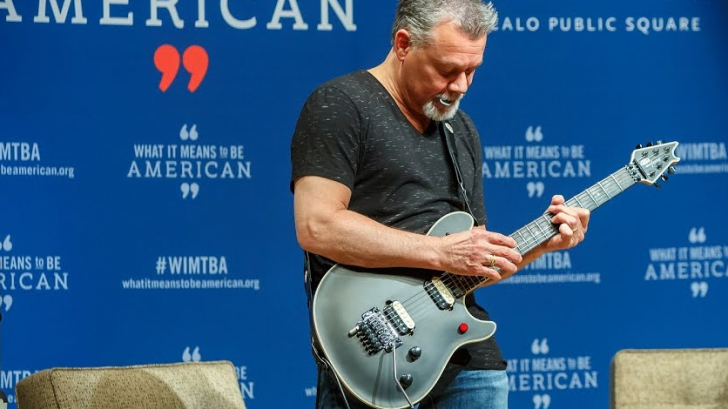 A memorial honoring legendary Van Halen guitarist Eddie Van Halen was considered last October 26, 2020, by the City of Pasadena, California, where the band was formed nearly five decades ago.

Following Eddie’s death on October 6 after a long battle with cancer, fans left flowers at his childhood home on Las Lunas Street in Pasadena. Flowers, candles, and additional fan souvenirs were placed on Allen Avenue, where Eddie and his brother Alex carved their band’s name into the wet concrete of a sidewalk as teenagers.

Now, Eddie Van Halen Park and/or Edward Van Halen Memorial Park are being considered as a new park name in the soon under construction in the guitarist’s former hometown of Pasadena, California. It will be located at East Union Street – the park will be an open space for recreation, other community gatherings, a children’s playground including public restrooms, and a parking plaza with a dog run.

Throat cancer, which had been dragging on for some years, has ended the life of the musician (October 6, 2020) who was able to give hard rock, in his day, at the end of the 70s, a new exciting impulse in full swing of punk.